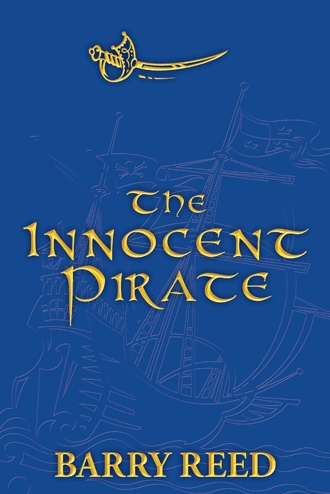 Suddenly, as fast as lighting, Gabby took off yelling and running for the creek. On his way, he pulled off his shirt and jumped into a large pool of water. Once in, he took off his shorts and underwear, tossing them onto the bank of the creek. Gabby had jumped into a pond that beavers had created when they dammed up the creek long ago. The beavers, having long since gone, left the pond as a reminder of their incredible engineering abilities. Of course, it wasn’t as big as it once was, but it was still big and deep enough for the gang to enjoy on hot summer days. The gang ran after Gabby laughing, while others were “Oohing and aahing.” After a minute or so Billy said “You’re nuts, Gabby. How long ya’ goin’ stay in there?” “Long as it takes for ‘em ta stop bitin’ my butt. And that’s not all they’re bitin’ neither!” All the girls started giggling while the boys groaned with puckered lips while holding their hands over their private parts. Because it was late in the afternoon and he figured the cool clear water looked inviting, Billy turned to the group, and asked, “Anybody else for a skinny dip?” He started shedding his shirt and most of the other boys followed suit. As the boys got naked and started for the large pool of water, Gail, Pattie, and Jill immediately joined in. Confused by what he was witnessing, Dewey stood silently watching as Todd began to coax him by saying, “Ah, Dewey, it ain’t nothin’ but swimmin’ without clothes is all.” “Don’t ya know how to swim?” “It don’t never mind. The water ain’t deep enough to swim in any ole way,” replied Billy. Jason waved at Dewey and shouted, “Come on Dewey, it ain’t deep. Sides it feels good.” Dewey took a moment and decided it looked fun and he was hot anyway. He shed his clothes and soon joined the others in the water. He wanted to be one of the gang and not feel left out. He was slow to get in the water because it felt cold, but soon realized the feeling of cold gave way to a sense of pleasure that only water can give on a hot summer afternoon. Crystal and Bonnie Lou, being the only ones still to join in, stood on the bank of the creek with apprehension as they looked to one another in excited embarrassment as everyone else urged them to “come on in and join the fun!” Crystal called out, “We’ll join ya if ya’ll look the other way.” Everybody but the girls turned their backs to Crystal and Bonnie Lou. With trembling hands from the excitement of doing something that felt naughty, Crystal pulled off her top, revealing her already well developing breasts. She immediately grabbed the shirt off the ground where it had fallen and covered herself up by putting the ends of the shirt under both armpits like a bra. With her hands free, she took off her shorts, leaving on her panties. Bonnie Lou was younger than Crystal and was just starting to bud. She found herself even more self-conscious than she’d been the previous year, so she mimicked Crystal’s actions. The two turned away from the group, dropped their tops on the ground and covered their breasts with their hands. When Crystal began entering the pool, she glanced around at everyone. Bonnie Lou just looked down as she slipped into the water up to her neck. Crystal realized that Bane had turned to watch. He was looking at her with rapt attention and hunger in his eyes, so she quickened her entry and veered towards the side where the girls were now beginning to gather into a group. For a long time, Crystal, Pattie, Jill, Bonnie Lou, and Gail huddled together at one end of the pond, whispering and giggling amongst themselves. Most of the girls had lowered their bodies till water covered them up to their shoulders out of modesty. Skinny dipping happens in one way or another every year in this same spot and usually soon after school let out for the summer. Most of the gang were veterans of skinny dipping, yet it always seemed awkward in how it would get started for the first time every year. After a while, everyone started loosening up and splashing each other. With inhibitions relaxing, they all began to enjoy the cool water and relief from the sweltering heat. Bonnie Lou, being shy, still stayed towards the edge of the group allowing only one boy, Gabby, to come close. Gabby went over to where Jason was and asked, “Hey, Jason. Does the water seem like it’s getting warmer ta you. It sure feels that way ta me.” “Yeah, it does. Wonder what’s causin’ it.” “Must be cause I’m peeing on ya dumb ass.” Gabby laughed when Jason gave him a quick jab to the chest and swam away quickly. Everyone else jeered and laughed at his antics and cajoled him for being so gross. Not to be outdone, Todd said, “Watch this.” He came out of the water to his waist and turned his back to the others as he shouted, “Butt sneeze.” Different size noisy bubbles came spewing out of the water at the surface as he jutted his buttocks towards everyone. Most began howling with laughter, while others berated him for farting. Jill was the closest, so she kicked him as she lunged backwards in the water to get away. As Todd went head first in the water from the kick, everyone laughed with delight at the justice of it.

The Innocent Pirate is set in rural Heard County, Georgia, during the late 1960’s. The fictional characters in this book are written using local social color. The country was in civil turmoil as the Vietnam War raged on and many in our society called for the release of patients from mental institutions. During this period, the very social fabric of our country was falling apart as children were increasingly being born outside of marriage or became the victims of broken marriages.

The main character, Dewey, is mildly retarded and a victim of social engineering called eugenics, where upon he was denied any hope of having children. At fifteen, he was thrust upon his widower grandfather, Al, who was a retired Navy Chief living on a farm.

Dewey befriends a group of children who live in the nearby Robins Nest Trailer Park. Many adventures take place as Dewey spends his first summer on the farm with his grandfather. He becomes an unlikely hero, witness to horrible acts of human destruction, and an unexpected provider of justice.

Everyone fourteen to one-hundred years old will enjoy this period classic as it stirs their imagination and old memories.

B.G. Reed served in the Navy, Coast Guard, and Air Force for a total of twenty years before he retired as a Non-Commissioned Officer. He has been a 911 Paramedic for over a decade. He grew up in Georgia and resides in Heard County, Georgia.