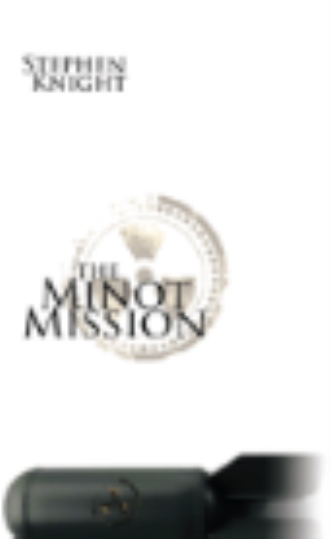 Many beers had been drunk that night at the Thunderbird Motel across the road from the entrance to the local snowcovered fairgrounds. Mike and Larry Fuller staggered out of the motel’s restaurant into the frigidly cold morning air. Almost at the same time, Wolford Byford’s pickup truck screeched to a halt in front of them, its headlights momentarily blinding them. Larry opened the passenger door and the brothers scrambled up into the big pickup’s cab. Wolf, as Byford was known, gunned the truck out of the icy motel parking lot, spitting up snow and gravel. On the radio, Bruce Springsteen was belting out his latest hit Hungry Heart. About a mile up the highway, Wolf turned north onto Foxhollow Road, screeching the tires as he took the bend too fast. The community of Foxhollow where they lived, was about ten miles north of where they were. Mike, the younger and drunker of the Fuller brothers, had passed out, resting his head on his brother’s shoulder.

The snow banks along the side of the dark highway were unusually high. More snow than normal had fallen in the area since the beginning of the year. It must have been at least twenty below outside. Wolf could see his breath and his hands were getting cold. He was rubbing them together to try to warm them. Wolf asked Larry if he wanted a smoke and when he declined, lit one up himself, filling the cab with white drifting smoke. As they sped north, they were the only vehicle on the road on that bitterly cold night.

The flying saucer could easily be seen with the naked eye, although it took Wolf awhile to notice it. Even after seeing it, he didn’t believe it. He figured it must be a reflection on the windshield and turned the pickup’s headlights off , but the object could still be clearly seen. He pulled off the highway alongside a high snow bank, turned the radio off and said to Larry, “Look over there,” pointing to the top of the windshield.

Larry tilted his head slightly and looking under the rear-view mirror, focused as best he could on what looked like a flying saucer, moving across the night sky. “I see it!” he yelled excitedly and nudged his brother Mike until he came awake.

Mike leaned forward and looked where Larry was pointing. Yawning, he said, “Yeah I see it, what is it, but now I can’t see it no more.”

They had all lost sight of the object behind the snowcovered trees along the side of the highway. Wolf pulled back onto the highway and it came back into view again. He was trying to fi gure out what it could be. It could be a plane coming into land at the nearby Air Force base; then again it might have just taken off , but it seemed to be heading towards the base rather than away from it. He lost sight of it again.

The trip home had passed very quickly thanks to the strange object; they were already passing an old abandoned farmhouse on the outskirts of Foxhollow. Another few minutes and Wolf would be dropping the Fullers off . As he turned into the street where they lived, the object came into view again, but a moment later disappeared behind one of the huge elms that had originally given the street its name. Wolf stopped in front of the Fullers’ house, and shouted “You’re home.”

Larry struggled with the passenger door, pushed his brother out and followed after him, landing on top of him on the snow-covered boulevard. Wolf could see the brothers pushing each other as he stretched across and pulled the passenger door shut. He drove off and in his rear-view mirror could still see the Fullers lying in a heap in front of their house.

Wolf was of two minds what to do. He could go home and put the incident down to a case of being disoriented due to having drunk too much, or he could try to find if the mysterious object was for real. He thought that since the Fullers had seen it too, it must be real. He checked his watch; it was twenty-five minutes after three. He sped through the back roads between Foxhollow and the local Air Force base, driving as fast as he could, the back end of his truck fish tailing from side to side as he flew around tight bends leaving clouds of swirling snow behind him. He just hoped he didn’t run into a base security patrol, because it would be difficult to explain what he was doing out here, at that time in the morning. As he came out of the trees into a clearing, he could see the object high in the sky, circling above the northern base perimeter road. He was beginning to have second thoughts about finding out what it was, when he saw two parachutes open up against the night sky. 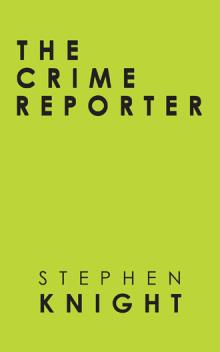 From the time of their coincidental arrival in Moscow, until their final confrontation with cold blooded Soviet killers on the other side of the world, Americans, Gerry Williams and Peter Shelby are carrying out a mission involving the most potent weapons of mass destruction ever invented by mankind.

The action moves from the Kremlin, to the biggest missile sites in the then Soviet Union and the United States, on to major container ports around the world, this is a pull no punches espionage thriller that makes for great reading.

Married and living in Pickering, Ontario, Canada. This is his first novel.