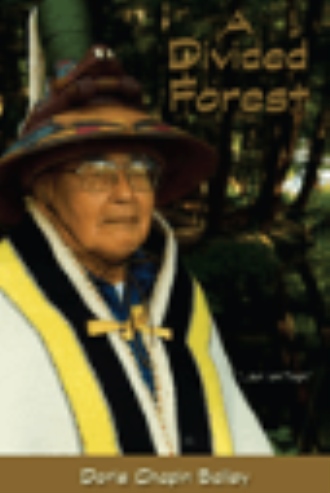 What follows are three small excerpts from the book: Upon “graduating” from boot camp, he took the train to Seattle, looked around for anyone he might know, and upon finding no one, he got on a train bound for Fort Benning, Georgia, where he was reunited with his Salt Lake City friends as they all waited to be deployed. They shipped out in a large convoy, which was constantly on the lookout for German submarines even at this point in the war (early 1945). Most of the soldiers got seasick during the thirty-day crossing. Roy says he’s never seen waves so big. They were told they were going through the end of a hurricane. Being sea-born, he enjoyed the trip across, and never missed a meal. He said he didn’t know of anyone else who managed that. They got to South Hampton, England, but were not allowed off the ship so they sat aboard, looking longingly at land. They went from there to Le Havre, France, where they disembarked with large mounds of supplies for the Army already there. They started their trek northward toward Berlin. He was in Company E, 5th Infantry Regiment of General Hodges’ 7th Army, 71st Division, of heavy weaponry with 80mm mortars and machine guns. This was different than regular infantry, as the small squads manning a machine gun were frequently out ahead in “no man’s land,” keeping the regular infantry under cover of machine gun fire. They did not carry rifles, as they had their hands full taking care of the larger weapons. As the Army does not take friendships into consideration, at this point Roy and his friends were separated, and he never saw them again. He seldom talks about combat, as most soldiers who have seen combat do not talk about it. Page 85 holding their glasses or bottles. The sound of the partying and breaking glass almost always kept Roy awake. He still remembers that summer as one of the happiest times of his life. A young Tlingit man and his wife took an interest in Roy. One day, they took him mountain climbing, which he enjoyed immensely. However, he never saw them again. That summer, he found an old wrecked bicycle which he fixed up enough so that he could ride it. He was allowed great freedom to roam about, and Roy took advantage of that, even to the point of being soundly scolded and chased away by the famous and formidable Mrs. Harriet Pullen, who owned and operated the Pullen House, a hotel-boarding house. Roy’s crime was riding across the yard on his bicycle. Mrs. Pullen started her Skagway career baking pies which she sold to the Gold Rush miners flocking through Skagway at the turn of the century. The original plan in the trip to Skagway was that the older girl was to be sent back to Juneau before the blind lady and Roy, but that didn’t happen, and at the end of the summer, all three returned to Juneau together. (Roy and I had a glorious visit to Skagway in 1977 when we took our boat and explored there for a few days while Roy reminisced about that summer long past.) One of Roy’s lifelong loves was “born” in that orphanage. Children who had been good during the week were allowed to sit around the radio on Sunday afternoon while classical music was played. Roy developed a love of classical music, and how to distinguish the various instruments that has Page 29 across the Sheldon Jackson campus like a lovely natural stream. This water went down to the power plant through an underground pipe, and furnished power for the school’s electric generator. Frigid icy water in November was a brisk initiation into the boyhood fraternity of school mates. Roy calls his 7th and 8th grade years, “our Tom-Sawyer-type-happy-go-lucky-life” which, in spite of the occasional cultural clash, was what made his life at Sheldon Jackson so “free and happy.” He thought of Sheldon Jackson as an exceptionally “free” place compared to the orphanage, and never could understand the complaints of classmates about the restrictions placed on them. On weekends, he and his schoolmates would explore the Indian River valley. When they found “minnows” in the river in quiet pools, they would devise a way to “go fishing.” Taking long stocks of dried grass about three feet long, they would dig up some earth worms, and tie them to the ends of the grass. Then they would dangle this fishing contraption into the water where the small fish would immediately clamp onto the worm and could be brought out of the water. I asked Roy what they did with the fish after they’d caught them. He looked at me like that was a very strange question and said, “Why, we ate them, of course!” They would build a fire on the river bank, and spear the fish and roast them. Soon, in the manner of boys everywhere, their boundless energy would take over, and they had to keep going on up the valley or up Verstovia Mountain. When dinner time was imminent, they would run headlong back down the valley to Page 62 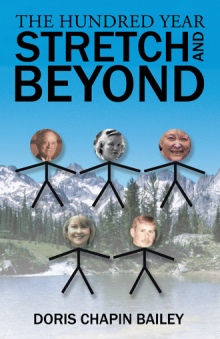 The Hundred Year Stretch and Beyond
Doris Chapin Bailey
$20.99

A story about the life, times and lineage of Roy Daniel Bailey, as he grew up in Sitka and Juneau, Alaska during the 1920's, 30's and 40's. Roy, a Southeast Alaska Tlingit, was born in 1926, in a culture that was in disarray due to many factors. There were conflicting opinions within the culture as to the best way for Tlingits to raise their children within the alien dominant culture. Should they encourage assimilation or resist? Disarray also existed because of the seemingly inherent distrust the dominant culture had of all persons of darker complexion and different ways of looking at the world. The larger revolution took place 20-40 years earlier and Roy's generation was the second generation of children living a life of continuing cultural change and disintegration in a white culture that was completely at home with ideas of racial and cultural superiority. This book tells Roy's story of life as a child and young adult learning how to live in this confusing world. He met overt discrimination early and frequently. However, this book also shows his indominatable spirit, his sense of humor and refusal to be cast into any man-made mold. From the loss of his family to the loss of his beloved culture, he marches through life with his head high and love in his heart. There are many stories of this generation of Tlingits and their individual struggle for identity and value. It is the hope of the author that more of these stories will be forthcoming so that future generations might better understand those who lived in this time period.

Doris Chapin Bailey was born and grew up in southern Idaho where outdoor activity was an important part of her life. When she married Roy in 1973, they had discovered they had a great deal in common: a love of life and the outdoors; a fondness for the quiet and beauty of nature; and a need for a close companionship.

Over the years, as she slowly learned the details of Roy's childhood, she felt a strong compulsion to put those stories to paper. This small book is the result of that compulsion. She hopes it adds to the history of the many Tlingits of her husband's generation who were taken from their culture and suffered the loss of belonging that was inevitable.

There are many lessons to be learned, ideas to be cultivated and a brighter future to be sought in this writing. Roy and Doris continue to live in Sitka, Alaska, where they enjoy the seasons of life and the magnificent scenery and wildlife that is Southeast Alaska.