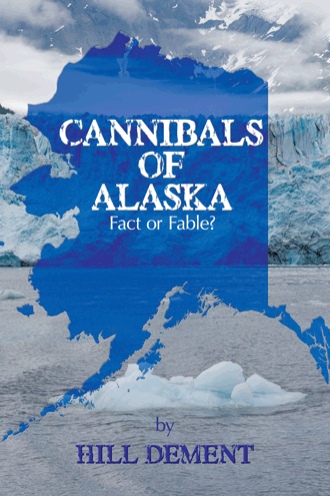 
Alaska is the forty-ninth state admitted to the Union in 1956. It was bought from Russia for about two cents an acre. It has a population close to seven hundred thousand. Half of the people live in and around Anchorage. Some of the natives are named Aleuts. They live along the western coast of Alaska including the Aleutian Islands. The Eskimos populate the northern coast. The rest of the vast area is sparsely inhabited by around three hundred tribes of Indians. Most of the inhabitants speak English, the rest speak 20 different languages. They had support crews in Faribanks, Coldfoot, Deadhorse and Kaktovik. "My Gosh I can see a lot of birds up in the nooks and crags there in those canyons. I can see caribou and muskoxen feeding on the beeches and flood plains." 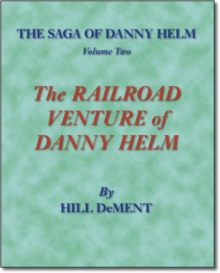 The Railroad Venture of Danny Helm
$20.00 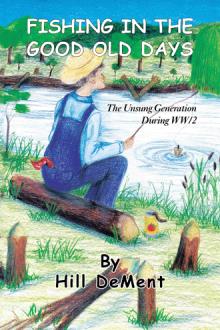 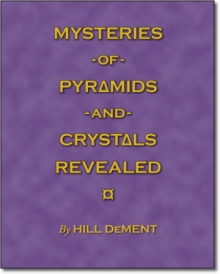 Mysteries of Pyramids and Crystals Revealed
$18.95

Doctor Miles Brae called Doc read the journal his Dad kept. The part that caught his attention and piqued his curiosity was the story that Roy told about cannibals in Alaska. He and his sidekick Jeff Beeler made plans to investigate the story Roy told.
Doc’s daughter, Jenny Joe disliked Jeff, but decided to go to Alaska with them. They traveled by truck through Canada and visited places Doc’s father wrote about in his journal. They had support crews in Fairbanks, Coldfoot, Deadhorse and Kaktovik. Jenny, set up a communication center at Kaktovik. Doc and Jeff managed to get into the area that Doc suspected the Cannibals might be in, and …

Hill DeMent is a retired teacher. He grew up in Bunceton, MO and graduated from high school in 1946. He spent five and one half years in the Air Force as a heavy equipment mechanic. He earned a BS, MS and an Ed S degree at Pittsburg State University. He taught science and arithmetic in the Jr. Hi. at Fort Scott, KS and Chemistry, Physics, Biology, and the Principles of Technology at the high school in Oxford, KS. The teaser, book description and author biography will also be submitted to the various online retailers, distributors and catalogs included in our Basic Distribution Service. Author Photo on webpage: Please indicate whether or not you would like your photo to appear on your book’s webpage.