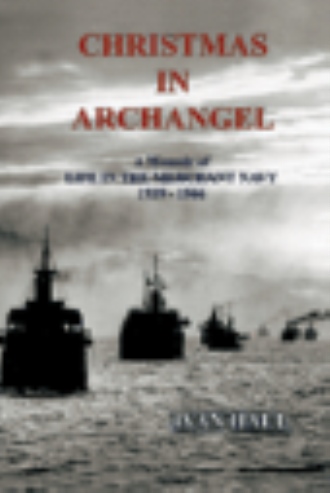 Extract from Chapter 7, Convoy Will Scatter. When the convoy sailed we were number thirty two - the second ship in the third column - a position we were happy with since nobody liked to be on the outside, unless they were one of the few masters who didn’t like close neighbours. The WW1 battleship HMS Malaya had taken station in the middle of the convoy. All went well for about three days. Towards the end of my evening watch I was keeping lookout on the port side of the bridge with the Mate to starboard on the Commodore’s side. With a great roar and two orange flashes, two ships were torpedoed on our port side, to be followed soon after by a third towards the convoy centre. Captain Owens was on the bridge immediately. To me, who had seen nothing like it before, it was quite terrifying - so unexpected. We had naively thought that the darkness was our friend, hiding us from the enemy. We had not heard of the submarines’ new tactic of lying in wait ahead of the convoy and then attacking hull down on the surface, taking advantage of their low silhouette to be virtually invisible in the darkness and their superior speed to withdraw. The rest of the night was quiet but uneasy. When dawn broke we could see the Malaya was ‘down by the head’ and made jocular remarks that she must have been torpedoed. It was in fact true! During the day she probably repositioned ballast because she gradually regained a more even attitude. Next day there seemed to be more signalling than usual between the escort and Commodore but we were not in position to read it. We wondered what the night would bring. It brought almost the same as before, more ships torpedoed at more or less the same hour but this time the escort fired off star shells to illuminate the scene and the offending U-boats. To those of us unused to such things it just made us feel more exposed. In my mind’s eye now I still have a picture of a single corvette, looking very lonely in the pale silvery light, a couple of flares hanging in the darkness above. There was yet a third night of attacks during which a Dutch freighter in our next starboard column ‘caught a packet’. I heard the Old Man call out, ‘There goes the Dutchman!’ I can still see her with a tall pillar of orange flame going up vertically and the derricks and debris being hurled upwards; she seemed almost to stop in her tracks. When dawn broke on our morning watch we were amazed and not all that pleased to find that we were leading the outside column with only three ships in it! The ship ahead and all nine ships in the two columns outside us had disappeared.

The author went to sea at the age of sixteen in Jan.1939. He describes the everyday life, work and routine aboard the Saint Merriel, a cargo ship trading between Europe and the ports of South America. The various characters on board who taught the young apprentice the skills of seamanship are brought to life. Subsequently he learned the art of navigation and the duties of a deck officer. Then came the war. On the second day a ship was sunk twenty miles astern of them, at a position they had passed through two hours previously. The crews now had to learn to keep station in convoy and how to operate armaments and new defensive weapons (some quite absurd). They faced the dangers of mines, submarines, aircraft and surface raiders. Home on leave he met Edna who was to become his wife of fifty nine years. Sent on one of the early Arctic convoys taking munitions to the USSR, his ship became frozen in at Archangel for the duration of the Russian winter of 1941/42. Upon becoming qualified as a watch keeping officer, he sailed on a succession of ‘replacement’ ships, to the invasions of North Africa, Sicily, Italy and the South of France. “Canada and the USA built replacement ships for us, both to a similar design. Their names had the prefixes Fort and Ocean. There is a tendency to denigrate these ships as being quickly built, cheap and nasty. They were nothing of the kind. (Built using revolutionary methods there were bound to be a few problems). These ships saved the free world; it’s as simple as that.” When the European War ended he married Edna and they lived in Liverpool for a few weeks while he took the examinations for First Mate. Edna was pregnant when he joined a small tanker at Falmouth as navigating officer. Although Japan had by this time surrendered they set sail for the Far east and got as far as Colombo before being stalled and sent back to the UK.

The author grew up in the Industrial Midlands – ‘The Black Country’ – but at the age of sixteen he gained parental permission to go to sea in the Merchant Service and was indentured to the B and S Shipping Company of Cardiff, known as ‘The Saint Line’. Then followed the adventures described in this book. During the war he left the Saint Line and registered with ‘The Pool’, joining crews taking different ships to various destinations and war theatres. By the time the war ended he had married and become a father and decided to ‘swallow the hook’ and change career. He left the sea and qualified as a teacher, teaching in secondary schools in Lincolnshire and Shropshire, and at colleges of education in Staffordshire and Manchester. He retired from Manchester Polytechnic to live in Shropshire. “I enjoyed my life at sea, it was where I grew up from a boy to young manhood. I was doing something I liked, something I was good at and certainly something useful. I do not claim these experiences as unique. There were thousands of us all in the same boat – or perhaps I should say convoys. I survived.”