Buddy Remembers - Then and Now

A Personal History of My Parents' Lives 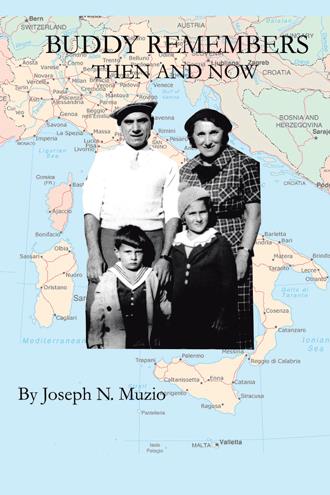 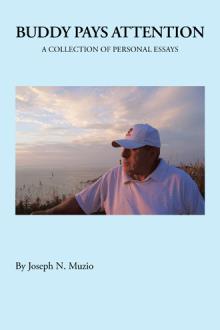 This book is a memoir, the description of my parents’ lives based on my remembrances, conversations with relatives, reviews of family photographs, as well as examining remaining personal documents of our family. This memoir started as a brief description, and was something I had planned for a long time. Initially, I thought it would be perhaps a few dozen pages. Instead, it grew organically and became a much more detailed recollection of my mother and father’s lives, their marriage, their approaches to life, how they raised my sister and me, and their continuing influence upon me. They came to America as immigrant children; they developed here within their cultural boundaries as Italian Americans; they struggled, thrived and pursued their personal goals. They are still with me today. It has been simultaneously an exhilarating and exhausting process as the writing expanded. This is far beyond any sort of genealogical charting or the identification of distant relatives. Rather, it provides perceptions about my feelings and beliefs regarding my parents, their positive qualities and flaws, as well as how I perceive them now that I am an older adult. This process is one that I urge other children to engage in, writing about their parents so that there will be descriptions of the roles they played. I call such writing a critical component of the collective humanity, tracing the historical journeys that would then be available to the remaining family members and their ancestors. Conceivably, such continued writings could become an endless documentation of family behaviors and interactions. It might even provide a greater clarity and understanding of one’s parents through a long-range lens.

I am the second child of Italian-American parents, both of whom came to America from southern Italy. Both parents were practicing Roman Catholics, my father left school after the 6th grade, my mother in high school. My early formative years were spent in Bay Ridge Brooklyn, New York, although our family traveled to various places on the East Coast because my father was a legal bookmaker at various East Coast racetracks. Later on, he became an illegal bookmaker and restaurant owne. I went to St. Ephrem's Parochial School in Brooklyn up until the 4th grade, receiving my first Communion and Confirmation there. Shortly afterwards, our family moved to Sunnyside Queens. From then on I attended the excellent New York City School system through high school. My baccalaureate college education was at Columbia University and Queens College. While in college I participated in intercollegiate sports in football, track, soccer and baseball. Up until that time I was a practicing Catholic. After getting a bachelor's degree, I joined the United States Marine Corps as an officer candidate, was commissioned a second lieutenant, was promoted to first lieutenant, served over three years, and was a Captain. After leaving the service, I attended the University of Michigan School of Medicine, and left because of personal and academic difficulties. Then, I attended Teachers College, Columbia University, and achieved a master's and doctoral degrees. While studying there, I held various adjunct and full time teaching positions at Englewood Hospital School of Nursing, Newark State College, Hunter College, Cornell University School of Nursing and the University of Hawaii. For several years I was a research associate in sleep research at Mount Sinai and Columbia-Presbyterian Hospitals. For 33 years, I taught at Kingsborough Community College of the City University of New York, serving as Chairman, Department of Biological Sciences for 16 of these years. Also, I was simultaneously the Director of the Marine Technology program for the last 7 years, and retired in 2002. I am married to Lois Grant Muzio,who also was a college professor; and we have three sons, Frank, Edward and Matthew. We resided in Leonia, New Jersey for more than 45 years and in the spring 2008 moved to Rockport, Massachusetts. Two sons also live in Rockport, the third lives in Santa Monica, CA. While in Leonia, my wife and I were in various volunteer organizations, including my service as a borough councilman for slightly over three years in the early 1970s.