The Confessions of a Weary Cracker 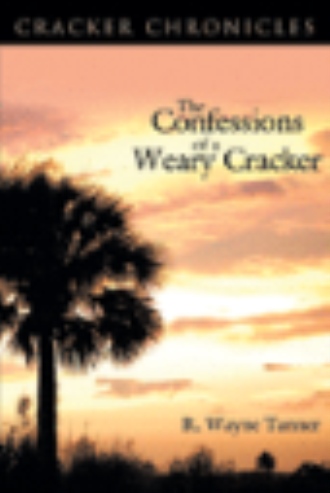 Everyone has a story to tell and I hope there will always be someone who wants to hear a story about old Florida. My dream is to tell the true story of untamed Florida. Sharing with all that will listen. Before there were rockets that lit up the sky like the noon day sun and shot to the moon. The earth shakes where once men trudged through brackish back water and mangrove swamps. Their destination where the white sandy beaches from Play Linda to New Smyrna their purpose so they could draw salt water from the ocean, boil it in large kettles and gather enough fresh salt to survive. During the War Between the States Federal troops destroyed their operation in order to cripple the war effort in the south. What they accomplished was only to help the resourceful pioneer to find other sources of the precious mineral. The massive ears of a rodent casting its shadows into the deep swamps and open scrubs of early pioneer life, some may never had realized that skirmishes with Indians, a fight for a meager existence and the ingenuity of men made life somewhat survivable. If these stories are not preserved and told they will be lost forever, this is a dishonor that must not be. Living in Florida between 1834 and 1940 there are common happening because life was hard and the early pioneer faced many of the same challenges, whether you lived in North Florida around the Suwannee River or in South Florida near Lake Okeechobee and all points in between. From the native fruit that were different such as Hawse’s which are found in Central and North Florida to Guava’s, bananas and wild oranges in the warmer climate of South Florida, the pioneers adapted and learn to prosper in the harsh untamed wilderness. During my research some of the things that happened in their everyday life may seem similar but each story has its own twist and conclusion. There is one other thing I learned, there are always family secrets that find their way from generation to generation but never spoken of publicly. There is one thing everyone agrees on and that is these stories are worth telling because each are proud of the contribution their particular family made in making Florida what it is today. It is my desire to tell their story without crossing any boundary, being as respectful as possible not to hurt feelings, sharing their struggles, putting a face to early Florida life. This story is told by a fictional character named Danny Whaley. He, like a lot of the fourth and fifth generation pioneers was allowed to live a life style similar to their fore-fathers and is pleased to share these stories with anyone that will listen. 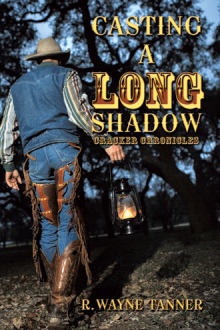 “The Confeesions of a Weary Cracker" Danny Whaley the grandson of a Florda Cracker find himself without a place in this world. He had heard from his grandfather of a man by the name of Will Evert Magrit. After his grandfather died leaving him all alone he makes up his mind to travel to the small community of Christmas Florida and see if he can capture some of what he had dreamed of his entire life. Will Magrit takes him in and introduces him to a life style he had only dreamed of. While living with Will Magrit he is privilged to met many of the men and their families who helped to hack out of the wilderness present day East Orange County Florida. He is also introduced to country living at its best. Hunting the illusive cow and learning to work cows, He is also taught the art of tracking and captuing wild hogs and killing deer. He actual learns to survive in the harsh and untamed wilderness. With each story told by the cracker men around a cow camp fire he is fortunate to experience what each ha to face in order to survive. It is the hope of the writter that you will be able to get a glimpes of what is was like living in old Florida

R. Wayne Tanner was born into a pioneer family having a long history reaching back as far as 1834 when his great-great-grandfather came to Florida as a Scout during the Second Seminole Indiand War. He enjoys a deep heritage in the ranching and farming of Central Florida. Being a 5th generation Florida Cracker raised enjoying and experiencing country life in Christmas FL. He is also Baptist Preacher.