THE BUMPS IN THE ROAD 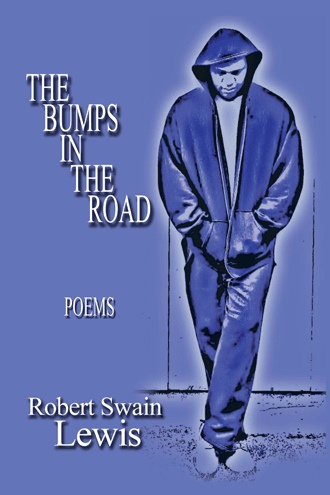 The Bumps In the Road is about life. In part one, Reflecting Back, the author reflects back to the soldiers that gave their lives for this country. There is a dedication to Rosa Parks, the mother of the Civil Rights Movement. 'When There Was A Cause' is dedicated to the Civil Rights Movement. Millions of us watched Jamie Foxx win the Academy Award for the movie "Ray," the poem "Tears" is the result of it. Where Have They Gone? is a poem dedicated to the black great writers of the past. Part Two opens with the title of the book, The Bumps In The Road. After trying to do things my way and getting no results, the author turn to the good Lord who provides strength to make it. "I Have Been" was entered into the National Poetry contest in 2005 and won the Editor's Choice Award. In the poem, They Left Me For Dead, was not a nature death, but a financial death. The author was fired from three important jobs/positions in his life. The author worked 50-60 hours a week, getting paid for 40 hours. During these difficult times in hi life, he couldn't send his children money for their birthdays or holidays such as Christmas. As a child, this author was told to be strong, walk with your head high. But at the end of the day when he came home the same way he left, this motivated the poem Black Men Do Cry. I Have Seen, Men in Power, Thorns in My Side, and Not Guilty, are must read poems. Part Three begins with The Streets Are Calling Me.The authorI was raised in the church but grew up in the streets. It's hard to let some things go, but when you realize that there is a purpose for you being on this earth, you change the way you're living. I remember Those days and The Game because Papa was not a rolling stone, he was the only stone rolling. Stay-At-Home-Dad is dedicated to my friend Nicole. I was watching Lady O show, there were women crying and upset because their husbands thought they were too fat after having a baby, thus, "If A Man Could Have A Baby" was written. After listening to some of the highest paid and influential sports figures on not being a role model "You're Right, you're not a role model" was created. Part Four is all prayers. In My Prayer, the author gives thanks to the good Lord for protecting him, keeping him safe, and holding back danger that could have come his way. In "Your Man,"The author communicate with the Almighty. This author want the Lord to know that in your (God) presence I stand, trying to do the best I can, instill in me thy Holy Spirit that I will become the man, whom you are calling for his day, let my eyes stay on you instead of the pay. The author concludes with "now this road is eaier to ride because the Lord is on my side, off into the sunset I'll glide with the Lord's arms embracing me with a hold avoiding the bumps in the road".

The was born and raised in Cincinnati, Ohio. He is a military veteran. Robert graduated from Cameron University in Lawton, Oklahoma, with B.S. in criminal Justice, B.A. in Political Science, and Masters Degree in Public Administration from the University of Oklahoma. Robert Lewis is employed by state of Oklahoma and work with the Office of Juvenile Affairs.