So You Want to be a Prayer Counsellor 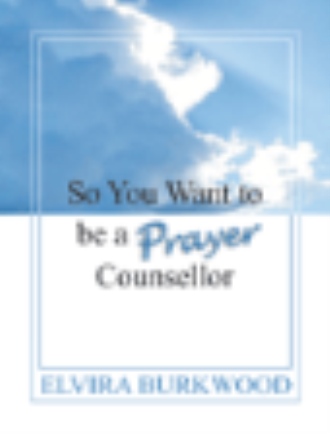 Jesus healed 'all who came to him' and, as it seemed, instantaneously. If not an immediate healing, at least it was a relatively easy process, such as spittle placed on the eyelids, or a few words prior to a command to get up and walk. On his command, demons left, the blind regained sight, and the dead were restored to life. The good news of victory over death and release from debilitating conditions spread far and wide - and all this without the aid of the multi-media!

Yes, we still do have pockets and seasons of these types of miracles happening today. A worldwide evangelist passes through a city operating in 'signs and wonders'. An individual receives a physical remission from a disease. Another has a miraculous recovery from an accident, which astounds the medical profession. These cases sometimes attract limited coverage by the secular media and word of mouth testimony in church circles. Though generally, modern followers of Jesus continue to ask: 'Why don't people get healed today when we pray for them?'

However, there is virtually no publicity, even within Christian churches, about the thousands across the world being released and transformed by the Holy Spirit through prayer ministry and spiritual counselling today. So many are being progressively, and sometimes dramatically, set free from the torments of emotional and spiritual bondages. Anger, loneliness, hatred, fear, rejection, unforgiveness, mental illness, and even demonic possession are dealt with.

Were the healings accomplished by Jesus in the days he walked on earth, as immediate as they appeared to be? Were some of them at least, like the woman at the well and the cripple at the pool, the climactic emotional and physical manifestations of relieving deep inner conflicts and turmoil?

Today, the subject of healing on these deep inner levels seems to belong to an underground movement. The processes that prayer ministry and counselling involve are not generally talked about. The exciting results are seldom broadcast. Yet, there are books by the score being well written, training classes being held, seminars attended; the teachings being received hungrily and applied successfully.

Daily, people are being quietly and progressively set free by faithful workers going about the Father's business - dutifully fulfilling Jesus' commission to his disciples (Matt 28:16-20). Through participation in prayer ministry, we can 'do likewise'. The captives are being set free as predicted (Isa 61 & 62). These are exciting times indeed! This publication is an invitation to counsellors, pastoral carers and intercessors to become part of this movement of God.

This is a specialist’s handbook for use in Christian counselling by those who range from the beginner practitioner, right through to the seasoned therapist. The practicalities are supplied – from office systems to instructions for in-depth ministry. Insights are given into some of the challenges and joys of prayer ministry combined with formal counselling.

This text’s point of difference is its biographical seasoning. Intriguing fictitious characters provide entertaining testimonials, sprinkled throughout as sample casework to introduce topics. The author’s forthright, and real-life testimonies of her own spiritual walk and healing are included for the reader’s interest.

A counsellor and educator, she has liberally made use of graphic illustrations of her own design, tested and proven for effectiveness on the coalface. A variety of ministry styles and therapeutic techniques are offered to suit the academic practitioner as well as the intensely spiritual hands-on personality type. Resource topics range from faulty thinking habits and damaged emotions to deliverance and suicide prevention.

Specific information on procedure provides structure for co-operative, anointed, interaction between client and counsellor. Teachings are biblically based and supported by relevant scriptures. This publication is basically directed to those who have a passion for encouraging fellow believers in their spiritual walk.

The author has spent over 30 years in pastoral care, counselling, training, and in small business. As well as holding secular credentials in professional counselling, she is acknowledged as being accomplished in combining spiritual ‘inner healing techniques’ with conventional therapeutic practices. Through experiences in overcoming personal physical, emotional, mental and cognitive disabilities, she feels ‘qualified’ to offer hope to fellow sufferers. Persistently knocking on hardened hearts and nursing tender souls, she continues to specialize in ministering to those of the Christian faith. Her passionate interest in providing practical resources for other healers has led to her writings and illustrations.