In the Name of the Son 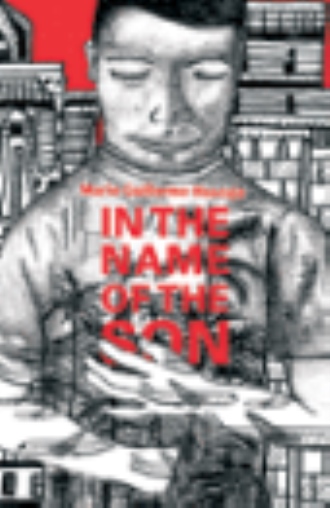 Samantha was a daughter of the upper middle-class, that pretentious group who sent their daughters to ballet school and tortured them by forcing them to analyze the works of Shakespeare and Yeats, but who could not prevent them from sliding culturally into the music of Harlem, or, worse still, into the labyrinthine specter of drugs. I came from the most depressed neighborhoods of Manhattan, I was of Mexican origin, and I carried on my back the promise of social redemption by way of personal exertion and academic achievement. Our families could not have been more different. Samantha’s father was a modest though relatively prosperous industrialist who had accumulated a small fortune with a furniture factory outlet; my mother was a waitress of considerable skill, but who in reality (it pains me to acknowledge it) had never risen to the heights of maitre d’ in a high-class establishment. Looking back, Samantha had class, faced the world in style, and was clearly destined to become the first wife of a Wall Street yuppie; I, on the other hand, as time would reveal, did not fit in anywhere, and was fated to return to Mexico.
There were, nevertheless, two shared interests that strengthened our temporary compatibility: Catholicism and dancing. It may seem trivial, but going to mass every Sunday set us apart from the black and Anglo-Saxon masses, and the Afro-Caribbean dancehalls became our mutual hangouts. I loved jazz, salsa, Willy Colon, and Chao Feliciano, and she was fascinated by the bars with velvety saxophones and melancholy piano chords, and the ballrooms filled with sequined dresses and strobes, flickering to the rhythm of the bongos with flashes of intense white light, the smell of bodies made sweaty from the dance and the sound of riotous laughter that resonated with the uninhibited freedom of the Caribbean Sea.
Ah, how we enjoyed life! It was incredible, but she thought that I was a guy of extraordinary intelligence who worked in a magazine store out of curiosity and for pleasure, but that in the moment that the opportunity presented itself I would turn into a business magnate, a talented director for a major television network, a presidential campaign advisor or a PR manager with the persuasive force sufficient to convince half the world to consume nitro-glycerin instead of Prozac to combat depression. As for me, I didn’t build such castles in the sky with regard to our future, but neither did I see her in any objective or realistic light. I worshipped her in a very peculiar way; I thought that her outer beauty was a completely accurate reflection of her inner bliss, and that her missionary inclinations towards the poorer sectors of the community were indicative of a kind of beatitude. We were both in love with an ingenuous mystification of the other, but this didn’t stop us from enjoying the moment.
Like all good New Yorkers, we reveled together in that tapestry of everyday urban culture of which sexuality forms an inseparable part. I remember well the first kiss she gave me. It was not, to be honest, a sentimental or romantic gesture. It carried no suggestion of affection, or tenderness, or even of fondness. It was, to put it bluntly, a feminine tribute to my intellectual qualities. It may sound pretentious, but that is what it was. At the beginning of our relationship, in that interregnum during which you do your best to present only your finer qualities, we frequented museums and art galleries, which were among her passions. I didn’t have the slightest idea about painting or sculpture, but I simulated a moderate interest in anything that she liked. With our student cards in hand, we entered all the most expensive museums for affordable fees. We looked over all the rooms of the Metropolitan, the Museum of Modern Art and many others besides. On one of these outings, one afternoon on the spiral ramp of the Guggenheim, we shared our first truly physical intimacy. We had just viewed her favorite works by Cezanne, Braque, Picasso, Kandinsky and Van Gogh, and wandering by one of the most popular exhibits I was particularly drawn to a Magritte painting, called Empire of Light. As in many of the paintings by this artist (I looked him up later), there was a strange combination of light and shade, dream and truth. In the middle of the painting appeared a house drowned in the darkness of night, illuminated faintly by a spotlight. Above the house was a sky at daytime, the clouds shining with their whiteness in a diaphanous and brilliant firmament. I lingered for some time to contemplate it, and without thinking I associated it with my shifts at the magazine store. So I said:
“That’s what my work is like.”
“Ah!” answered Samantha with her proverbial irony, “I didn’t know that you were a painter too.”
“No, I’m not. But I can make out the light of the working day, and the darkness too…”
Samantha looked at me with an expression of perplexity and rapture, as if I had just synthesized in a sentence the full depth of the painting. Then she took me by the arm, leaned her head against my shoulder, and led me to the winding ramp that identified the profile of the museum and defined its architecture. We walked out onto the balcony, where from on high we watched the people leaving the museum before closing time, and in that moment she took my face in her hand as if it were an apple and forced her tongue into my mouth vehemently, searching for something inside me that would give her the key to my sensitivity or astuteness. This sudden attack robbed me of my self-control, rendering me completely stunned, although I admit that not even in the most alert state would I have imagined that it was the preamble to what happened next.

Through its examination of the relationship between a single immigrant mother and her son, In the Name of the Son offers a perspective on the lives of Hispanic American migrants, as well as the social, political and economic upheavals that marked the U.S. and Mexico at the beginning of the 21st Century.
Julieta Sanchez lives with her son in Manhattan’s upper west side. As her son grows up, he naturally becomes curious about his origins, and about the father he never knew. His quest to discover his true identity will take him to Mexico City and to Paris, back to New York, and finally to the tropical rainforests of southeastern Mexico.
The story narrates the internal conflict of a young man trying to ascertain the identity of his father, who will ultimately uncover the unexpectedly violent and disturbing truth of his origins. His search leads him into a labyrinth full of mirrors, where he finds his own reflection changing at every step.
Mario Huacuja delivers a fast-paced novel with a cinematic flavor, offering unexpected twists in every scene. It is perhaps no accident that one of the characters turns out to be the silver screen legend himself, Robert De Niro.
For more information and sample passages, visit: http://inthenameoftheson.blogspot.com.

Mario Huacuja is a Mexican writer with four published novels to his credit: Temblores, about the war that rocked Central America in the seventies and eighties; Las Dos Orillas del Río, tracing the historical divide that separates the U.S. and Mexico; La Resurección De La Santa María, based on the sea voyage the author himself took in an old caravel from Acapulco to Japan, and El Viaje Más Largo, a fictional account of Magellan's first voyage around the world. Huacuja has also worked as a university professor, television and radio script writer, and a communications expert in various government departments. In the Name of the Son is his first novel to be translated into English.
For more information and sample pasages from about the novel, click here.