A Dream of Democracy 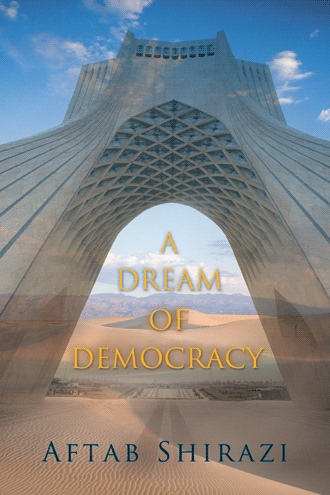 From an era before Christ to the seventh century A.D. the history of Iran has been fascinating. It was an empire that was never involved in religious oppression.

After the Arab conquest in the eighth century, there was a period of religious fanaticism, but Iran’s history music and culture still prevailed. Iranians moved to as the Shiite form of Islam since it permitted art music and poetry.

Oppression abated and by the 1960s Iran was like a European country.

In the late 70s and early 80s the Shah was removed by Khomeini’s revolutionaries because of the harsh the dictatorial regime. Unfortunately harsh fanatical fundamentalism followed.

In the seventies, the author visited Iran and found it was a fascinating country, far more sophisticated and cultured than its neighbors. He had the chance to meet intelligent and enlightened Iranians. Where are they now?

Perhaps his story will come to pass.

In A Dream of Democracy, a group of educated Iranians reach the conclusion that they deserve a better life than what the current regime offers. So they decide to remove their oppressive regime. To do this, they choose to source an ancestral connection from history; a person whose ancestry will unite the people. Their research indicates that the Zoroastrian Era was free of religious persecution. They want a resurgence of this era to insure a return to a democratic state.

They find the direct descendent of the last Zoroastrian Emperor, hoping that he will be their savior. They locate this person and make him the Shahanshah of Iran. Once he is in power, they are very pleasantly surprised to realize that his acumen has succeeded not only in freeing Iran from fundamentalism but also in restoring freedom and equality. The Iran of the future is now a sophisticated, industrialized, and powerful nation among the most influential global allies. And their leader is at the pinnacle of his success!

Could this be the death knell for Al Qaeda, Hamas, Hezbollah, and the other fanatical groups who have done so much damage within and outside their own countries?

Aftab Shirazi is deeply interested in ancient history and travel. He has traveled throughout the Middle East; Iran is his favorite country, perhaps because it was the land of his ancestors. He hopes that one day Iran will again be democratic and free of religious fanaticism.