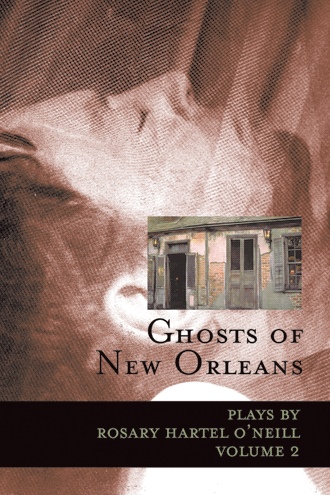 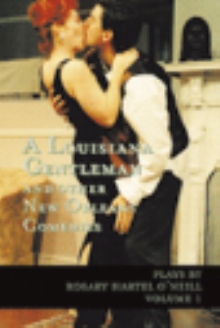 Both anthologies are about New Orleans: the past and the present.

This author has grown up in this city, and there is a certain timelessness about it - the past definitely influences the present. All the plays are permeated with the sensuousness, decadence and bewilderment of brave and driven people living in chaos, confusion, extreme pleasure and delight. I hope you get a taste of this rich jambalaya of life as you experience these plays.

Volume Two contains historical plays, mostly Victorian, with characters driven by stratified society and tradition. Knowledge of New Orleans history made me want to adapt Uncle Vanya.  I loved the play but felt its details were too Russian. I took the bones of Vanya and put it on a plantation called Waverly, the last sugarcane plantation in Louisiana, and called my play Uncle Victor.

That play won a number of awards and hooked me on historical drama. I also researched Edgar Degas' visit to New Orleans in 1872 and wrote a nine-cast show, so struck was I by all Degas' relatives who had lived with him in 1872. Degas had tried to save his Uncle's failing cotton business and create new roots in the city of his mother. He fell prey to scandal and decadence.

I spent days visiting Kate Chopin's house in Cloutierville, La. and interviewed descendents of Chopin's lover Albert Sanpitie and town members about the scandals of her life. I researched in French and English all the books on Degas. I did similar research in New York and Paris for Beckett at Greystones Bay and John Singer Sargent and Madame X, which are loosely tied to New Orleans.

We are glad Degas did go back to Paris and paint and didn't succumb to the temptations of New Orleans. We are pleased Sargent refused to change his scorned portrait of Madame X and that Kate Chopin forged a way to raise her six children and still write.

I was born and raised in New Orleans, living between my parents' house and my grandmother's mansion on the streetcar line. Because New Orleans is somewhat isolated and European, her people are very exotic like rare birds and different; they love to party, to put on airs, and to act unique. Everyone has a story. Everyone is related, and everyone could be and wants to be a character in a Tennessee Williams' play. The exotic, bizarre, sensual flavor of that Mississippi River city made me want to write. My playwriting did not take off until I had worked as an actress and director in California and New York, become a university professor, written two books on theater, The Actors Checklist, and The Director as Artist: Play Direction Today, and founded a theatre, Southern Repertory Theatre. We initiated a new play festival to develop new voices and a friend challenged me to write. My play, Wishing Aces won me a Senior Fulbright Research Specialist grant to Paris. From then on, I stopped writing textbooks and wrote plays primarily about New Orleans. When I first wrote plays, I was fascinated by how bizarre my family and friends seemed, after having lived away for fifteen years in California and New York. All my work focuses on Louisiana and interconnections of complex personalities in New York, Paris and New Orleans. I also write novels about Louisiana and the South, and my work Tropical Depression was twice a finalist in the William Faulkner - William Wisdom Novel Competition. In addition I also won five fellowships with Ernest Gaines (author of The Lesson Before Dying) in Lafayette, LA.