A PINCH OF DRY MUSTARD 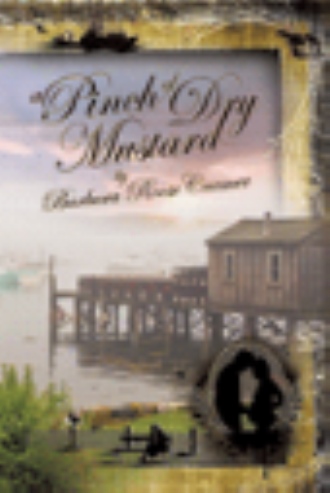 1000 word preview – PINCH OF DRY MUSTARD, BARBARA ROOSE CRAMER, AUTHOR, #C-347083 Natalie Pickford and Joe Spencer were high school sweethearts in Portland, Maine. Natalie had been abusing narcotic drugs throughout most of her sophomore and junior years but after meeting and falling in love with Joe Spencer she gave up drugs and stayed clean. After a Friday night movie Joe tells Natalie how much he loves her, and gives her a promise ring. To seal their promise to love each other for eternity they sneak quietly into Natalie’s bedroom, and make love. Nine months later their love child is born. Not wanting the responsibility of a grandchild, and knowing their teenage children are too young to raise a child of their own, Joe and Natalie’s parents agree that the child needs to be put up for adoption. Natalie, unable to accept the loss of her and Joe’s love child attempts suicide, becomes emotionally unstable and is placed in a mental institution. After months of therapy, the doctor’s discharge her. However, she angrily enters adulthood showing signs of split personality disorder and obsessed with having another child of her own. While hospitalized, she meets and becomes involved with Carl Andrews, a hospital security guard. Upon her release Natalie and Carl engage in a marriage of sexual convenience and a mutual involvement in a drug ring covering the state of Maine, parts of Canada and Nova Scotia. Due to a short-term use of illegal narcotic drugs, Joe Spencer also spends time in a Maine correctional institution. He continues his studies while incarcerated and graduates from high school but loses his basketball scholarship. After early release, Joe moves from city to city throughout Maine, doing odd jobs, trying to find his place in life. He never marries and finally settles down in Millinocket working as a logger. It’s while living in this small logging town that he meets and becomes close friends with Jonas and Mary Anne Waverly and their daughter, Sarah. After years of living in Millinockett and doing extensive research, he learns that Sarah Waverly could be and most likely is his and Natalie’s biological daughter. Over the years Natalie Pickford Andrews, unable to have another child due to injuries suffered from the suicide attempt, is obsessed by what she cannot have—a child of her own. For years she plans to kidnap a child and raise it as her own. She botches the first kidnapping attempt, is successful in abducting a second child, and after locating her biological child, Sarah Waverly, plans an evil scheme to kidnap Sarah’s unborn child. Sarah, adopted at the age of two years by Jonas and Mary Anne Waverly, has graduated from Chelsea College with a degree in music and lives in Booth Bay Harbor, Maine. She teaches piano to local children and is married to Benjamin Kestwick, a lobster fisherman who runs the family fishing business. Sarah is nine months pregnant, in early labor and ready to deliver her child when Ben, his crewman Jeremy Brookings and their boat, the SARAH JEANNE go missing at sea. Sandra and John Chipley of Portland, Maine tried for years to have a child. After several miscarriages and one stillbirth, they finally have a beautiful, healthy little girl¬¬¬¬¬¬¬—Jacqueline. Jacqueline is a musically talented eight-year old who is abducted from her home in Portland. Her parents, faithful in their love for each other and their child as well as having a tremendous faith in God, work diligently with friends; church members, the local police and the FBI to get their daughter back safely. Lieutenant Tom Casey, with the Portland Division of the United States Coast Guard, Agent Richard McLeary with the Boston division of the FBI and several other agents and officers with the DEA become involved in closing down the Andrews’ drug dealings, the abduction of Jacqueline Chipley, and locating Ben Kestwick, his crewman and their missing boat. They also become involved in the attempted kidnapping of Sarah and Ben Kestwick’s first child from the Maine Medical Center in Portland and the capture and interrogation of Carl Andrews and the attempt to capture Natalie. A Pinch of Dry Mustard is an intriguing story that takes place over a three-day period. It is a story of one woman’s heartache and obsession to have a child of her own—a woman so obsessed with having her own child that she first kidnaps another woman’s child, then tries to kidnap her own biological daughter’s child. It is a story of the love a childless couple has for their adopted daughter and the love she returns to them. It is the story of a father, who finds his biological child, choosing to show love and affection as a friend, rather than telling her the truth, and it is a story of a couple whose only child is abducted and their unbelievable faith and trust in God and in the FBI. First and foremost, it is the story of Sarah, an adopted child, who grows up and is now a young married, pregnant woman, with incredible faith, and who is about to deliver her first child. As she prepares to deliver she is informed that the raging, thrashing sea may have taken her husband from her and their unborn child. She remains calm, relying on the power of God to bring him safely back from the sea and to keep her and her unborn child calm. The storyline takes place throughout parts of Maine with it’s beautiful harbors and coastlines, the lobster fishing industry and the workings of the quaint fishing village of Booth Bay Harbor. If you are an adopted child, an adoptive parent or know someone who is adopted or has given up a child for adoption, you will relate to Barbara Roose Cramer’s description and accounting of faith, hope and love of family in A PINCH OF DRY MUSTARD. 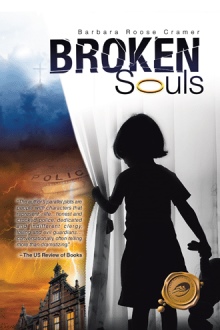 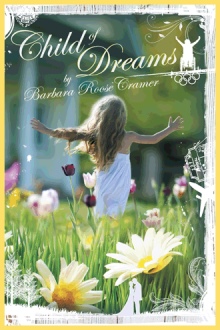 Natalie Pickford Andrews gives birth to a baby girl at the young age of eighteen and her parents force her to give the baby up for adoption. After she attempts to commit suicide, she is no longer physically able to have a child of her own. Obsessed by what she can no longer have, Natalie becomes involved in a series of drug dealings, kidnapping, and an attempted murder to get a child which she so desperately wants— even if it means seeking out and abducting her own daughter’s child.

Sarah Waverly Kestwick, Natalie’s biological and musically talented daughter is aware of her adoption but has no idea who her birth parents are nor does she care to know. She has no idea that her biological mother is crafting an evil scheme to kidnap Sarah’s unborn child and claim it as her own. Sarah’s faith in God guides her through her difficult delivery and the pain she suffers when her husband, Ben, goes missing at sea.

A Pinch of Dry Mustard takes place over a three-day period in a quaint fishing village along the coast of Maine. It is an intriguing mystery and a family’s ultimate testament to faith, hope, and love.

COMMENTS FROM THE READERS

“Family is the essence of my life and Barbara depicted how important family is both through blood and through adoption. The positive character she created in Sarah showed her faith through God and the power of positive thinking...great book and I will recommend it.”

“Barbara delivers a good story of suspense. Good Backgrounds on the characters and how they all intertwine. I loved the ending. If you are looking for a good, wholesome mystery, this is the book.”

“I enjoyed the book so much. It is a page-turner. I have visited many places in the book and that made it even more interesting to me. I had a hard time putting it down. I am ordering more books for my family in Maine.”

“I loved the book, and could not put it down. I congratulate you on your first novel. I liked your style of writing, keeping the reader in suspense. You presented each case separately and then wove it all together beautifully, even a surprise twist at the end.”

Barbara Roose Cramer lives in Lakewood, Colorado, with her husband, Bill; they have three married sons and seven grandchildren. She is a 1951 post-polio survivor, a paralympic gold medalist, and a retired high school bookkeeper. She has written and published her autobiography and writes for magazines for the disabled.