Love from the Mountains 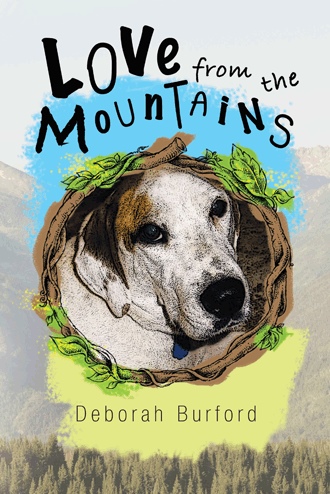 You'll probably think we are certifiable, but we have adopted another animal bringing our total up to eight, which is seven more than Bosley, the younger of our two poodles, thinks is strictly necessary. Our new dog is a seven-month-old white-with brown spots pointer mix that we've named "Jack." He was a stray and destined for death row until we met him. Now he's Big Dog's dog. David is the undisputed Big Dog of the household. It's the human equivalent of being the alpha male. He got this title when talking to Jack regarding who is in chage...a position Jack was convinced should be put to a vote. "You are a big dog, Jack," said David, "but I am a bigger dog. I am THE BIG DOG." David needed something. I mean, one just does not drive around mountains with two poodles in the back of his pick-up.

In 1998, Deborah Burford and her husband, David, loaded their cars and trailer with their belongings—along with four cats, two dogs, and one ferret—and departed New Jersey for a new home in the North Georgia mountains. In Love from the Mountains, Deborah shares a compilation of her weekly columns, originally published in The North Georgia News and The Towns County Herald, bringing to life the humorous voices of the animals—both wild and domestic—who share the woods with her. There’s a squirrel named Howard, who taunts Miss Adventure the cat with unsavory language; there’s Mangefur, the opossum who develops a taste for high-priced birdseed, and Bosley and Cosette, the miniature poodles who possess an insatiable appetite for puddle-surfing. Exploring the entertaining world of nature, Deborah includes amusing anecdotes about a hungry bear with an eclectic appetite, a ferret who likes women’s toes, and four mutt cats who rely on their patience to torment other animals crazy enough to traipse into their environment. The true animal stories in Love from the Mountains prove that the furry creatures who share our world with us really do have opinions on just about everything we humans do.

Deborah Burford has always had three passions—animals, music, and writing. Now retired from work with a telecommunications company, she and her husband, David, live in the North Georgia mountains, where she writes weekly columns for The North Georgia News and The Towns County Herald.