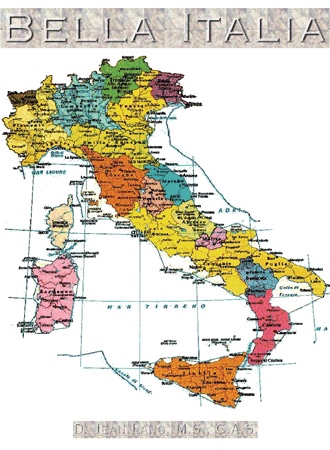 By the time I get back to the apartment Janet has squeezed me a glass of fresh orange juice that tastes 100% better than bottled or canned. We still have some butter left for our rolls and marmalade that Germana told us was home made. We turn on the television only to find another American crisis. As I wrote earlier, the first time we spent a month in Riva Trigoso, 9/11/01 occurred. Now, it seems the financial markets, and banks around the world are also being affected by this crisis. Hurricane Ike, one of the largest and widest hurricanes has hit Texas and large parts of the United States and devastated Galveston. It seems uncanny. I realize how much I have become addicted to the instant news in the United States, the blow-by-blow descriptions, detail-by-detail of monetary occurrences, on-the-spot interviews with those caught up in these events. Police car chases almost daily televised from California with helicopters hovering overhead following the culprits as they swerve from lane-to-lane hitting speeds of almost 100 miles per hour. In Riva Trigoso, and probably in Rome, Venice and Milan, life goes on. Here at the beach on the Ligurian Sea, tanned bodies lie soaking up the sun’s rays. The blue-green sea continues to send gentle waves onto the beach depositing tiny stones to challenge the tenuous footsteps of unsteady bathers. Ragazzi (little boys and girls) run headlong into the waves, and handsome muscular men bat and kick a soccer ball back and forth through the air, careful to keep it from being taken out to sea on the next wave. Janet and I sit on our beach towels, held down by big rocks and watch the ships out on the sea and the fishing boats. Countless dark-skinned vendors from another land walk the beaches carrying armloads of purses, jewelry and umbrellas trying to entice the few sunbathers to buy their wares. They are not dressed in beach attire, but in long robes, or pants, and wide-brimmed hats. We motion them on because we do not want to buy anything today. Our thoughts are on America. Life goes on here, and that is consoling. I realize the world events are beyond my control, and my desire to know the unpleasant details are born of an addiction fostered by over-zealous newscasters---also selling their wares---as the beach vendors are doing here in Riva. Still, I want to know, to feed this need for the state of the world---mainly the United States.

Do you like to travel? Learn a foreign language? Find out how to make your way through a foreign country—such as Italy? Or just go on an imaginary trip by following the author and her sister-in-law during their fourth stay in Italy? Whichever is your interest, you will find joy in reading this latest account and following these two from the tiny town of Riva Trigoso on the Italian Riviera to Genova, Roma, Venezia and Milano. Since 2001, they have made life-long Italian friends who help to make these journeys possible and unforgettable. Bella Italia will help you fall in love with Italy and the Italians while learning important phrases and protocol in their country. The author has studied Italian language and culture at Nazareth College’s Casa Italiana, in Rochester, New York since 2001 which enables her to connect with the people she meets on her journeys throughout Italy.

Sixteen beautiful color photos taken by the author of Riva Trigoso, Genova, Roma, Venezia and Milano are included in this book. Jean has had her photos published in two books, America at the Millennium, Best photos of the Century, and Meadows of Memories by The International Library of Photography.

Jean Lang is a retired school counselor who enjoys sharing her past and her foreign travels with readers. Since 2003 she has published five books with Trafford. Her books are personal, heart-warming and written in a style that Readers say “…feels as if she is talking directly to us.”