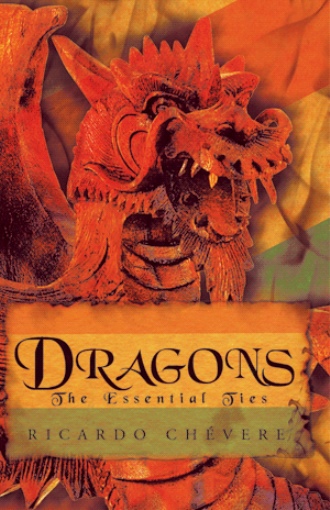 The dragon then opened a huge pair of wings and flapped them to get off the ground and fly. Ivan started running down the hill, but stopped to try and recognize a peculiar sound. He heard it again, but this time it made him run even faster. The sound was like a bird, like a screaming bird, but with a hint of a human’s voice in it. It sounded as if it were coming from the distance, but from different sides, as if circling above in the evening sky. Ivan also heard a loud, angry roar he could recognize; it was the dragon’s roar. He finally made it to his house, his heart beating out of control. Almost without a breath left in him, he called his wife to open the door. He heard the door’s wooden bars being moved from the inside, and the door opened. “Adrianna, where is Borys?” he came in yelling at his wife, sounding like a mad man and rushing by her side, looking for their son. “He is here! Ivan! What’s happening?” she answered with the fear of knowing that something was terribly wrong. But he didn’t answer, as he desperately picked up Borys from the floor and held him to his chest. “We have to go now!” “Where are we going? Ivan, tell me!” Adrianna’s desperation grew as she ran out of the house after her husband, without getting a straight answer from him. He continued running with his son in his arms, who was now crying because of the chaos and the rush of things happening all around him. But while running, he tried to explain to his wife as he gasped for air. “We must...go to the church, only there...will we...be safe...from the demon dragon!” The strange bird sounds and the dragon roars were loud and sounded very near. They couldn’t see anything in the darkness of the night, just a few steps ahead of them on the dirt road from the dim light of the oil lamp. Something sounded like a burst of fire, and the cries of what they imagined to be some sort of a bird were heard as if it were burning alive. But they kept running, and finally, they came to a clearing where a tall, old, stone church stood. They were running toward the huge wooden front doors of the church, when their path was cut by a huge dragon that landed right in front of them. The ground shook with the weight of the mammoth dragon. Now, because of the lights in the front of the church, Ivan could see the entire shape, texture and color of the beast. 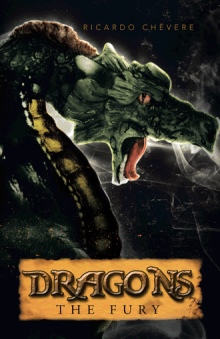 Sorcerers, wizards, and witches use magic for evil; but, as long as there are dragons in the world, there will be champions ready to stand against them.

Borys knows little of such matters, but he does have a faint memory that seems to suggest that dragons are to blame for the death of his parents. He yearns to know more about these creatures, and in his quest for answers, he comes across a mystical craft that takes him down the abominable path of magic. He’ll now learn more than he ever bargained for about these elusive creatures. And he’ll also discover terrible things he can do with his newfound powers.

Alanna almost drowns at her father’s marina. She lives only because David jumps in the water after her, even though he doesn’t know how to swim. David becomes a local hero, but Alanna cannot understand why she survived. Now, she’s back in town seeking answers.

Heroes and villains alike are about to discover that nothing touched by magic remains unchanged, especially in a world of sorcerers, wizards, witches, and Dragons.

Ricardo Chévere is a Spanish instructor in Central Florida, where he teaches high school students. He enjoys writing, dancing, drawing, painting, and the martial arts. With over thirty years of experience in the practice and instruction of the martial arts, his views in life, and his writings, have been deeply influenced by them. Born in Caguas, Puerto Rico, he learned English in school as a second language. At the age of nine, he began drawing cartoon characters. He imagined and created countless fantasy stories through his drawings. A few times, he found himself cutting his stories short, only because the notebooks he used to write his stories on, were running out of pages. Without strict and unyielding religious beliefs at home, he was allowed to explore all sorts of philosophies and faiths, enriching his mind with broader ideas for his novel. "DRAGONS" is an intricate, suspenseful, action-packed, and philosophy-bound story, of which "The Essential Ties" is but the beginning.