Dad, Can You Hear Me Now? It's Pal

by Lee A. Drayer 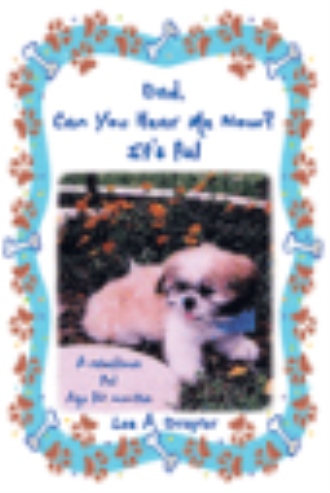 In the box, one of the pups was yelling, although no one could hear him, “Hello there, anybody home! ... Hey there, I can’t see a thing! … Hello, anybody! Somebody please talk to me!” The little brown and white newborn puppy cried. The new pup said, “One minute it’s nice and warm and dark and the next minute I’m freezing in this big cardboard box. What happened to make it so cold all of the sudden? Come on, somebody … I can hear you talking, so talk to me.” “Oh, Mom, aren’t they just the cutest little balls of fur you ever did see?” exclaimed Ginger. Mary was quick to see where Ginger’s conversation was going and replied, “Yes, Ginger, they are very cute. You do know we can’t keep the three of them and Lady. You do know that, don’t you? Because I really do need the money we’ll get when we sell them?” Hanging her head down so as to not show the tears, Ginger cried, “Yes, mother, I know, but couldn’t we just keep one?” Mary, fully expecting this kind of scene. explained, “Ginger, in about six or seven weeks the baby pups will be old enough to be weaned from drinking Lady’s milk. The three of them will begin eating puppy food and will require a lot of attention by a veterinarian. Ginger baby, we couldn’t afford to do all the things these baby pups will need. Besides, this is what we decided to do to earn extra money.” Understanding, but still not liking the answer, Ginger reluctantly said, “Yes, Mom, we agreed. I’m sorry, Mommy.” Again from in the box a very impatient voice of the newborn pup called out, “Come on, somebody, get me a blanket! I’m freezing!” The very quiet, but calming voice of Lady, his mother, said, “Little fellow, who do you think is going to hear you. You’re a dog, not a person. We dogs can only talk to each other. Now settle down.” Lady reached over to the brown and white whining fellow with her paw and began to pull the boy close. “Come on, little boy; snuggle close to my fur and I’ll keep you warm.” He schooched under Lady’s chin, between her front legs, and said, as though apologizing, “Now, that’s much better. I can’t see you yet, but I’m guessing you are much bigger than me. Right?” Lady, somewhat irritated by his behavior said, “Little fellow, I’m your mother and you can call me Mom. And yes, I am much bigger than you. By tonight your eyes will begin to open and you will see a wonderful big world around you. I can see from the start you are going to be trouble. Now, when I talk to you or call you, I expect you to listen. Do you hear me?” “Yes, Mom, I hear you.” There was a long pause with nothing being said. Suddenly the little fellow whispered, “Hey, Mom, I’m hungry. Is there anything to eat around here?” “Yes, my little bundle of trouble, I have milk. I think that’s what I’ll call you, Trouble. That name will suit you just fine.” Lady began to move Trouble around and behind her front legs. That is the place all three of the pups could begin to suckle her milk. As Trouble began the hunt for the milk spigot, a slightly frightened Trouble said, “Hey, Mom, I don’t know how to tell you this, but there is some creepy, fuzzy thing here. What is it, Mom? Matter of fact, there is a bunch of fuzzy things here. Help, Mom!” “Relax, Trouble; it is only your two sisters. They are the same as you, only they are girls. I had them the same time I had you. Now grab hold of one of those drinking things and suck hard; the milk will make you big and strong.” “This is amazing! My Mom has enough warm milk for all three of us.” With considerable effort, Trouble finally figured out how to get the faucet turned on. After drinking until satisfied, all three puppies lay on the now freshly clean bath towels which were on the floor of the cardboard box. Apparently Trouble drank too fast because he suddenly let out a loud … “Burp!” “Ah, that’s better.” he said. “Guess I’m supposed to say, ‘Excuse me!’ I must have had a big bubble in my belly.” Trouble found out his mom was right. The next day his eyes were open, and he could see people in the room, and he could see his sisters for the first time. In fact, he could see his sisters close up. The two female puppies were climbing all over Trouble. “Hey, Mom, two against one, that’s not fair. Mom, tell them to stop.” “Now, Trouble, they are just playing. Behave yourself and be nice to them.” “Sure, Mom! Come on, girls, stop it! One of you got your foot in my ear. Now cut it out!” The weeks went by, and the three of them were already beginning to grow bigger. Mary and Ginger enjoyed sitting at the kitchen table, watching the baby pups play. “They are so cute, Mom; it’s a shame we have to sell them.” “Yes, Ginger, I know, but we had an agreement. It’s about time to think about selling them.” Mary said. “I think I will put an ad in the newspaper, advertising them for $650 each.” 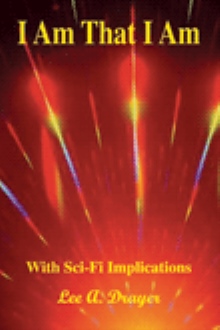 A Message from Pal, the dog:

It is interesting to listen to the owners of pets talk to us dogs. Some people choose to scream, others to quietly beg. The purpose, I suppose, is to get our attention to do a task that satisfies the nice, and the not so nice, pet owners.

Take me for example, my name is Pal. I’ve been living the good life since after my birth with a kind and very loving couple. I call him my Dad, and his wife, I call my Mom. I know they are not my Mom and Dad, but what else would I call them.

Usually they refer to me as their cute little puppy. Actually I have been living a very good life with this couple for almost my entire life. They purchased me when I was a brand new baby pup.

Dad has attempted to teach me what a dog’s life is all about. For the most part his teachings have succeeded, but only because I agree with his sometimes strange ideas. The real reason I agree to do anything is that Dad gives me good treats to eat. We pets do anything our owner’s desire, provided we are given a reward. Otherwise, forget it!

Lee A. Drayer had no definite destination until recently. The death of his wife after fifty-four years of marriage has him reminiscing over the past with all he has left, his dog Pal. At age seventy-six, he is recalling the bond of a perfect friend, his dog. This is his second book.