An Appeal for Christian Understanding

by Raymond A. Hult 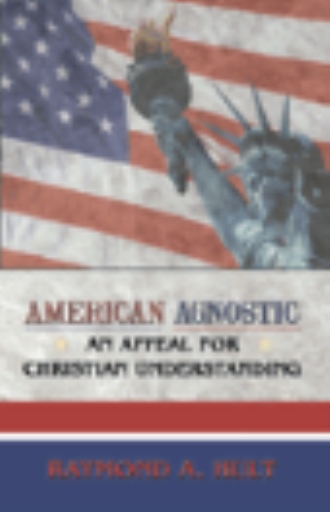 The purpose of American Agnostic is an attempt to explain to Christians the main reasons why agnostics find it difficult to accept the Bible as proof that God exits and that Christianity is the means by which God has chosen to disclose himself and his plan for the salvation for the human race. What distinguishes this book from others is an attempt by the author to set forth the rationale for differences of opinion in a way that respects the faith of Christians while appealing for more deference and empathy for the reasoning espoused by agnostics.

Drawing on his transformation from devout Christian to questioning agnostic, the author explains exactly what caused him to distrust the unflappable faith that sustained him for the majority of his life. He notes the importance that his career as a Special Agent with the FBI played in redirecting his religious opinions that were initially based mostly on faith to a greater reliance on solid evidence and logic. While showing respect for the Christian dogma that constituted such an important part of his being for so long, he reaches out to his former Christian associates for more understanding and less derision.

The author argues the irrationality of labeling agnostics as somehow inferior and less trustworthy than those who profess a sure knowledge of God. First of all, agnostics aren’t atheists. The worst you can say about them is that they aren’t sure one way or the other. Even if you don’t agree with not knowing, it’s difficult to make such a strong case for Christianity that there is no room left for honest doubt. The preferable solution might better be to agree to disagree and judge each other on positive personal traits rather than religious affiliation.

The question of moral conduct is discussed as it relates to living a life structured by Christian dogma as opposed to living a life where the being of God is still open to debate. The argument is made that moral and immoral acts are equally possible under both circumstances. The fact that someone questions the reality of God doesn’t automatically infer wrongful or degenerate behavior.

The problems encountered when members of the same family choose differently as it pertains to a belief in God are dealt with in a way that tries to prevent the inevitable hardship that comes from contentious family relationships. Although there may be legitimate reasons for familial argument and derision, religious belief need not be one of them.

The author prefaces his book with wanting to make it clear his intention is not to show disrespect for the beliefs of theists irrespective of denomination. He acknowledges that any such disesteem would result in the height of hypocrisy on his part due to the affirmative role Christianity has played in his own life. Additionally, there is no desire on his part to insult the sincere Christian beliefs of most of his family and close friends.

This book doesn’t, however, shy away from the stark differences that currently exist between Christians and agnostics regarding Christian doctrine. Two chapters respectfully discuss the quandary facing agnostics as they attempt to rationalize the contention that the Old and New Testaments confirm the existence of God. Likewise, the sensitive topics of revelation, prayer, spirituality, miracles and salvation are discussed from an agnostic point of view.

Several chapters are devoted to America’s religious origination and the intent of the Founding Fathers in purposely separating the conduct of government from the practice of organized religion. The author seeks to form a partnership between agnostics and mainstream Christians to resist the attempt by radical Christian fundamentalists in their effort to favor Christianity over contending beliefs in determining how America’s laws are made, enforced and adjudicated.

Readers who are looking for a book that belittles Christians or organized religion will be disappointed. The author stresses that respect works both ways. He acknowledges the good that Christianity offers to its adherents. He readily admits that headstrong agnostics who fail to see any benefit from leading a Christian oriented life are just as misguided as self -righteous Christians who demonize agnostics. Bias based on religious preference is wrong. America has finally minimized prejudice based on race and gender. We still have a way to go in other areas including equal and fair treatment for all citizens whether or not they know for a surety that God exists. 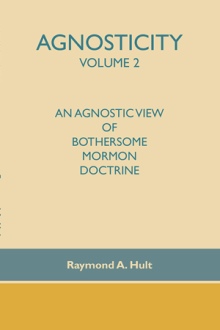 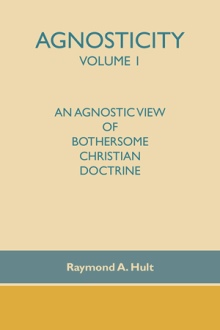 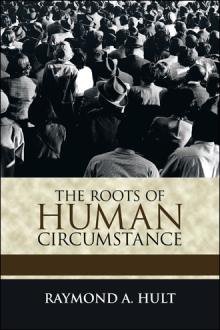 The Roots of Human Circumstance
Raymond A. Hult
$13.99 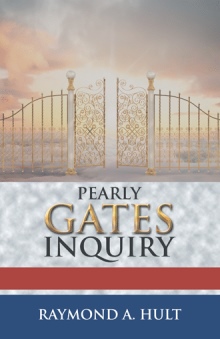 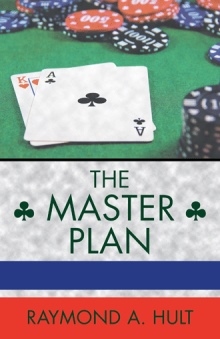 American Agnostic argues that the true worth of an American should not be based on an individual's faith or uncertainty in the reality of a biblical God.

American Agnostic is an atempt by author Raymond A. Hult to bridge the unfortunate gap of mistrust and disrespect that too often currently exists in America between members of the Christian majority and the agnostic minority. Hult places the responsibility for achieving a mutually respectful understanding equally on the shoulders of both those who fervently believe in the Christian God and those who are as yet still unsure. He tries to show that moral behavior is more often than not unrelated to a person's religious persuasion.

American Agnostic engages Christians and agnostics in a frank discussion of the main differences of opinion that separate both groups in regard to the authenticity of the Bible and the reality of the God as presented therein. Drawing on his transformation from a devout Christina leader to a questioning agnostic, the author recounts in detail the thought process that led to his gradual change of belief. He respectively defends this change as reasonable and deserving of serious consideration. He seeks to portray the agnostic in a more favorable light and that there is nothing inherently evil with admitting that a sure knowledge of God may not be so sure after all.

Raymond A. Hult is retired from the FBI and currently living in Utah. Drawing on his experience as a devoted Christian leader and the bothersome doubts that finally led him to become an agnostic, he repectfully justifies his gradual transformation based on the same tools of logic and credible evidence that guided him throughout this 27 year career as a Special Agent. This is his thrid book on the topic of agnosticism. He earned his undergraduate degree in accounting from the University of Utah and a master's degree in Criminal Justice from City University in Seattle. He is married with 5 daughters and ten grandchildren so far.