How the Universe Works 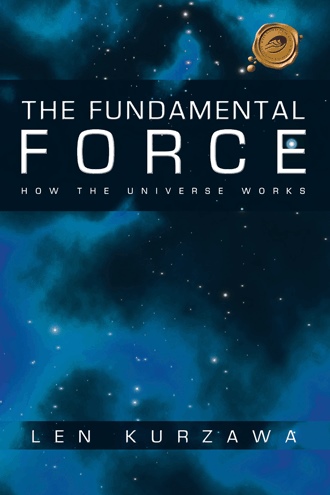 Preface Me and Einstein. On April 18th 1955, one of the world’s greatest scientists died. Albert Einstein’s (1879-1955) life ended at the age of 76, due to a ruptured aorta. I was only ten years old at the time, but I knew quite well who Albert Einstein was, and what he had been doing. I carefully read the newspaper article about his death. I was saddened by the loss of a great scientist, perhaps even more so by the thought that now there would be no more great scientific discoveries about our universe. I thought that perhaps the secrets of the universe would remain hidden forever. Later that day I sat at the dinner table holding a fork about a foot above the surface. Very slowly I opened my fingers and watched intently as the fork dropped down to the table. It fell, bounced on the hard wooden surface producing a loud clanging sound. I had only to repeat the process a few times before my mother shouted from the kitchen, “Stop making that racket!” In the process of conducting a very serious scientific experiment, I paid no heed. I slowly picked up the fork again. This time I held it only six inches above the table’s surface. No, that’s still too high. I thought I’d lower it to three inches. That may be too short of distance for a good scientific experiment, but perhaps sufficiently more quiet to escape my mother’s notice. I released my grip on the fork, repeating my experiment from a lower height. Then from the corner of my eye I saw my mom standing at the end of the table with squinted eyes. She repeated herself considerably louder than before. “I said stop making that racket!” Oops, I thought, I had better stop or I won’t be getting dinner tonight. Later that evening, I resumed my experiments in a more private location this time dropping coins on my bed, conducting quiet experiments. Besides, I wasn’t interested in making noise; I was interested in gravity. I needed to know all about this mysterious force that grips everything in the universe, no matter how far away. The results of my experiments were always the same no matter what I dropped, it always fell down. I dropped forks and spoons; pennies, nickels, dimes, quarters, and half dollars. I dropped them from different heights. The results were always the same. Everything goes down – even in the dark, never up, always down. How does everything know which direction is down? How does one study something that cannot be examined with their senses? Gravity does its work in silence and beyond our senses. I couldn’t see it, I couldn’t smell it, and I couldn’t taste it. I couldn’t feel it either; but I knew it could pull me down. My conclusion, even at an early age, was that gravity always works the same way. Everything is pulled down, rain or shine, night or day, year after year; gravity never gives up; gravity never fails; gravity never sleeps. Gravity is relentless! That’s as far as I got then, but I still wanted to know how gravity works and why. What is this mysterious force that can pull everything down, no matter how big? I knew then that I would forever keep my eyes open, as in my experiments, always looking and hoping to find the hidden secrets of gravity. Little did I know then what amazing discoveries were yet to come. My search for understanding the universe started with gravity. Once gravity was understood, a light fell on other hidden mysteries of the universe. The shrouds of mystery were pulled away one mystery at a time. Then the larger picture of the universe became clear. It was my dream come true. It is truly an awesome and beautiful vision. What is presented here is not a compilation of disjointed theories and speculations. What is presented is a logical explanation of how the universe works. Everything described will fit together quite precisely. It is based on solid science from the greatest scientific minds of man; then goes several giant steps beyond. These are bold declarations to make, but the following pages will support this thesis. Several of the greatest unsolved mysteries of science will be explained. Many questions will be answered, many will remain; and, of course, new ones will be raised. My first objective is to make what is presented clear and easily understood. The second objective is to show the progression of thought, to lead us down a path from one logical conclusion to another, from one discovery to another. In the end we will see the universe is simpler, more beautiful, and even more elegant than we had previously imagined. Quite a few mathematical equations are used throughout this book. They are important for scientists and others who are technically oriented. These equations are the evidence of the truth within. The mathematics presented can be easily understood. All that’s used is high school algebra, a little geometry, and just a touch of trigonometry. Understanding the mathematics is not necessary for those who just want to visualize the magnificence of the universe in which we live.

With charts, tables, and illustrations, The Fundamental Force provides a step-by-step understanding of what is happening in the universe. With this understanding, unsolved mysteries can now be explained. It discusses:

Presenting a unique and thoughtful view of the universe’s origin and future, The Fundamental Force changes the way the universe is viewed.

Len Kurzawa has been a computer scientist for thirty-five years and has been at the forefront of technology in the design and development of data management and storage systems, computer networking, and cellular systems. His expertise has been employed by Honeywell, AT&T, Intel, Motorola, and other companies in the industry.