Submarine Technology for the 21st Century 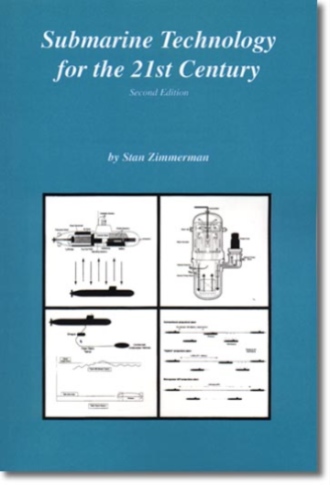 Today's combat submarine holds a crew of less than 200 men, equal to a company of infantry. Yet these few submariners can command a sea or destroy a civilization. Never has so much combat power been wielded by so few warriors. This concentration of power is made possible by innovative use of technologies, including rocketry, acoustics, hydrodynamics, nuclear power, advanced chemistry, unique materials and a host of others.

Unlike other 20th century military innovations - the tank, the airplane and nuclear explosives - the submarine remains shrouded in secrecy, a truly "silent service." This book surveys the state of submarine technology worldwide, and examines research advances that will shape the second century of submarines.

Stan Zimmerman served in the U.S. Army from 1970 to 1973, earning the basic parachute badge, German parachute wings and qualifying as a jumpmaster while serving in a special operations unit. He received a Bachelor of Arts degree in Political Science from Northern Illinois University, and a Master of Arts in Journalism and Public Affairs from the American University in Washington, D.C.

He has reported for radio and television stations, newspapers and newsletters. His essays have appeared in the Almanac of Seapower,and the Naval Institute Proceedings.He was editor of Navy News & Undersea Technologybetween 1988 and 1994. During that period, he was elected chairman of the Washington Maritime and Naval Correspondents Circle, and secretary of the Congressional Periodical Press Gallery.

He has won awards for his writing and broadcasting from the Society of Professional Journalists, the National Press Club, and the U.S. Naval Institute. He is author of the first edition of this book, as well as Submarine Design for the 21st Century. He lives with his wife and son in Sarasota, Fla. An avid sailor, he also serves on the Southwest Florida Regional Harbor Board, and can be reached on Email at stan4sarasota@mindspring.com