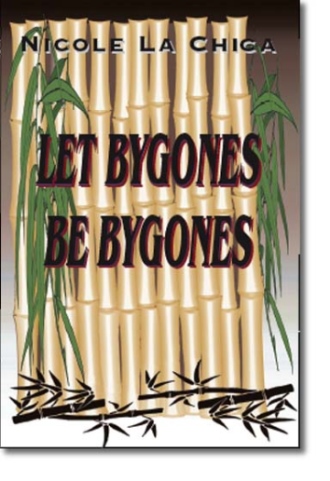 The Story begins in Spain, leads to Burma and finally to Singapore.

Fil, the Spanish Pearl Diver leaves the poor coastal Spanish village he grew up in for a new life in Rangoon, Burma. There, he meets Ma Kan, a beautiful, Burmese Buddhist young girl from an elite family. He brings with him the morals of his religious mother and shares with his new bride the Bible, although he, himself does not really practice his religion. As Ma Kan's search of this new found religion unravels, she can no longer live with the deep dark secrets of her life. Tragedy strikes.

The story now moves to life in Singapore, where Fil resettles with his family. This British Colonial island is full of flavor and color that adds to the backdrop of this saga.

His two daughters, Cis and Malina, battle and compete constantly. Both are strong-willed and their character and personalities are portrayed to capture readers' attention and draw them into the drama. The two daughters, with whom readers will identify, highlight the continuing saga. Each struggles to make sense of a God they know exists but can't seem to grasp.

As their lives evolve, we see how these sisters interact with one another and their families to learn their lessons of love and forgiveness.

Nicole La Chica was born and raised in Singapore. She moved to the Bay Area, California in her late teens and lived there for 27 years. She could read at the age of 3 and her love for books has not ceased. Her passion for writing developed when she wrote her first essay entitled,"The Worst Day of My Life," for an English Class. When it was read aloud to the class her classmates cried!

Nicole now lives in metro Atlanta with her husband. She has 3 daughters and 4 grandchildren.