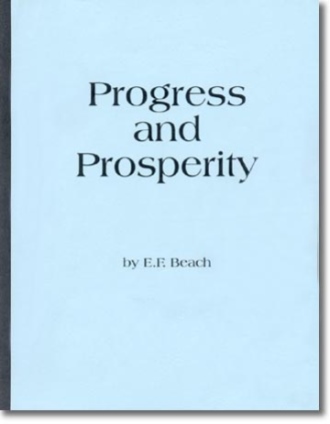 Markets are engines of growth and development, not just machinery of allocation. Mechanisation and Innovation are instruments of expansion, expanding the demand for labor, not just displacing labor, because labor stored up in the machinery is much greater than that displaced.

Economic development, which started vigorously in England a little over two centuries ago, has provided economic comfort to the majority of the population, ending the eons of inequality which saw only a few in comfort, some in wealth, and has seen a lessening of gross abuse and discrimination suffered by the many. The creation of a middle class in terms of income enjoyed has made it possible for a much larger part of the population to indulge in the arts and become inventors and innovators of better things in the future. Economic progress thus becomes an established part of every day life for these communities.

The increase in talents to be used has been enhanced by the introduction of general education and the expansion in the education system. Some of this talent will be misused by mischievous and evil minds, of course, human nature being what it is, but the change in three centuries has been enormous, and economic and social change, continuing through the decades, is in the process of producing a very different world.

During the passing millennium a small backwater in the north west corner of Europe developed into the most powerful nation in the world. This extraordinary change was brought about by industrialization. During the later years, in the eighteenth and nineteenth centuries, despite strong efforts by the aristocrats "to keep the workman in his place" market forces produced jobs and incomes so as to create a real middle class in such numbers as to acquire political control and result in vast improvement in education, health and welfare. These almost miraculous changes deserve a better explanation than has yet been offered.