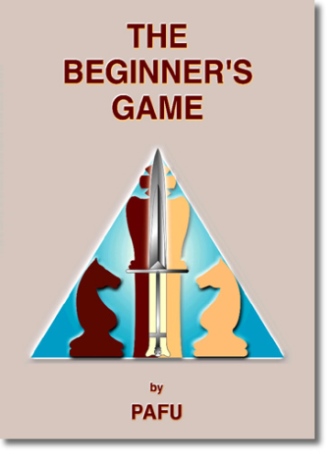 The Easiest and Best Way to Play Chess Ever Found!


There could not be a more surprising thing to happen! To the most researched question of all time -- How best to play the game of Chess? -- an answer has been found! A brand new system has been discovered which is better than anything ever seen before!

This new system of playing chess is absolutely the simplest imaginable! Even a complete beginner can learn to play the basic opening in a few minutes! In a few hours he will be able to play well beyond the opening, and know a large number of strong variant lines. With this system any beginner develops quickly into a solid player, able to confront even expert opponents and offer them a tough game!

But this new system isn't just for beginners: it is the strongest ever seen -- even for serious chess at a championship level! Given the ease with which it can be learned, it is therefore the quickest way to improve for anyone who already plays, whatever their current level of expertise!

This system is totally new -- it has never been presented or described before by anyone. It is not an improvement or a development of any existing method, but a brand new, amazingly strong, and easy-to-play system, based on simple rules for playing the chess opening.

The basic opening is called "The Beginner's Game" and the set of related variants on the opening is called the "B-system". They all respect the same set of clear rules for opening play that distinguish them from chess openings used before.

This new system has a number of remarkable properties, and one that makes it truly unique: In most games, with either white or black, openings can be carried out in standard form no matter what your opponent plays! He simply cannot stop you! This makes it easy for everyone, even beginners, to learn it quickly, and to play it correctly!

If you play chess seriously, then take this book seriously because all of the current opening practices of chess is being challenged! This system is better than anything you have ever seen! Try it and you will see, and soon be convinced, it is absolutely the best ever found!

It is the greatest discovery ever made in chess and one that will revolutionize the game! It is capable of changing completely the entire practice of chess! In fact, almost everything practised to date in chess is suddenly in serious risk of immediate extinction! No exaggeration!

For more on this amazing book visit The Beginner's Game website

A Warrior of Peace