by John A. Linton 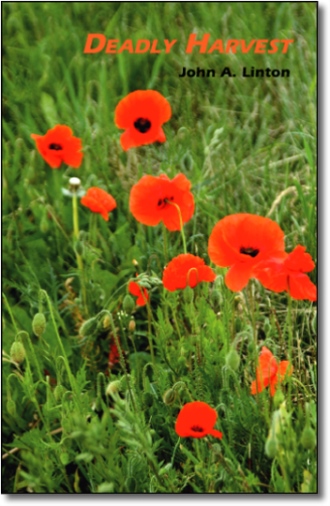 During the last decade of the twentieth century, the Central African Region, which includes Rwanda, Burundi and the Congo, has been devastated by internecin strife and wars. The United Nations, desperately seeking solutions to the region's problems, have arranged to send an elite team of consultants, led by Dr. Michael Goodman, to investigate.

Arriving in Rwanda the team find murder and mayhem commonplace, the economy virtually in collapse and a pervasive feeling of despair gripping the country. Undeterred, Goodman, his associates including two undercover UN intelligence officers, set out to identify potential rehabilitation and development projects. One such is a botanicals processing plant, originally a great success, but now shut down for lack of raw materials. Clandestine investigation of the latter uncovers a rogue group of mercenaries secretly planning to enter the international narcotics trade. Guarded by heavily armed trigger happy soldiers, huge quantities of coca and poppy have been planted in the Parc Des Volcans for later harvesting and conversion into cocaine and heroin at a nearby processing plant.

Knowing time is running out the study team resolves to take immediate action. Risking their lives, and those of the farmers and game wardens in and around the Parc, they succeed in burning the raw material stocks awaiting processing, destroying the growing crop, and deporting advisers from overseas drug cartels.

All this while recommending the establishment of a National Development Corporation for the benefit of the people.

John A. Linton was born, educated and raised in Scotland, where he obtained a Ph.D. in Technological Science from Edinburgh University. Thereafter he, his wife and family lived in Africa for some twenty years during the period when most colonial powers were handing over the reins of government to local inhabitants. After leaving Africa and living for some time in Europe, the family moved to the USA where they now live.

As a chemical engineer, Dr. Linton mainly worked on the design, construction, operation and management of chemical process plants. One of his specialties is the growing and processing of botanicals, and he has consulted for the United Nations on two pyrethrum-processing plants in Rwanda.

The latter provided the background for his fictional story, Deadly Harvest, a tale of intrigue and adventure dealing with tracking down and eliminating a scheme for the large-scale production and processing of illegal narcotics.