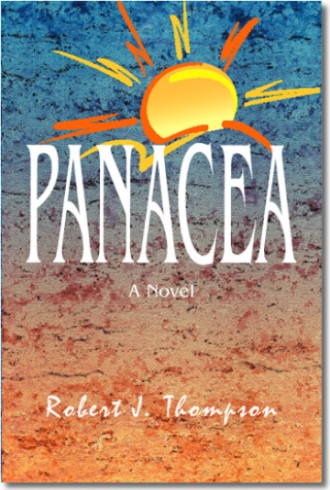 A lawyer himself, Thompson writes about a young Chicago attorney named Rick Morrissey who hopes to find a more fulfilling personal and professional life while on an extended vacation to the Florida panhandle where he spent his formative years.

"Rick, like many single men his age, is a 31 year old man, in a 22 year old's body, with an 18 year old's psyche, holding everything worldly yet personally bankrupt because of his chosen lifestyle," says Thompson.

The book follows Rick in his travels down south where he has a chance meeting with Delaney Chase, a young woman who never had a chance to be a child due to her difficult upbringing in the small town of Panacea, Florida. Although Delaney was raised right in the southern way, she is tormented by the mysterious death of her father in 1988's Hurricane Gilbert when she was 10 years old. Further complicating Delaney's childhood was her mother's daily battle with alcoholism and placement in a psychiatric institute due to mental illness and schizophrenia after her husband's death. Delaney's father, Pally Chase, had been a commercial fisherman and was well-known locally before his death. Not only did Pally have a fine reputation as a shrimper, he was also a formidable opponent to political and corporate oil giants as a political activist who fought oil drilling efforts off the Florida panhandle in the Gulf of Mexico, costing the oil industry millions of dollars.

Rick learns of the strange circumstances surrounding the death of Delaney's father which happened immediately after Pally had successfully blocked oil drilling by the industry's juggernaut, Copperhead Oil Company.

Delaney's entire life has been spent on the Florida panhandle, except for her perfunctory visits to see her mother in an Atlanta mental institute. Her fateful encounter with Rick sets the scene for a modern thriller, romance and, finally, closure over Pally Chase's death.

Woven among the chapters are colorful, and often times humorous, characters of the current south who provide interesting twists to the story line, adding insight, discovery and mystery.

"PANACEA is as timely as current headlines as politicians battle over the issue of oil drilling in the same Gulf region that provides the setting for this book," says Thompson. "It is laced with factual material discussing the authority for drilling in the Gulf of Mexico along with possible consequences that could result from such activity."

Bob Thompson is an attorney in his hometown of Dixon, Illinois where he lives with his Golden Retriever, "Fynn."

This is his first novel.