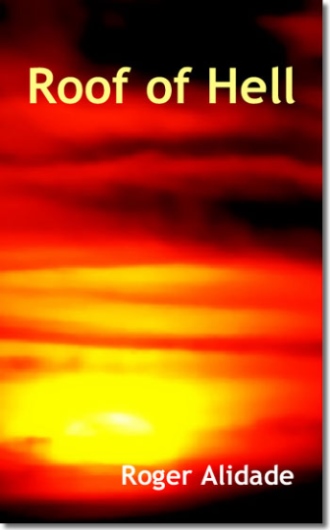 Eric, a successful corporate geophysicist, faces a moment of truth about the meaning of his life when he decides to strike out on his own to search the treacherous waters around the Aleutian Island known as the "Roof of Hell", for a legendary WWII Japanese submarine filled with treasures.

The legend of this renegade sub surfaced when an ancient small jade Buddha statue with sparkling emerald eyes is discovered in the cooler of a fishing boat in the far Aleutian Islands, almost forty years after WWII has ended. The statue soon falls into the hands of Naomi, a successful lawyer in New York. Naomi finds her Japanese past shameful, and has bitterly tried to ignore it all her life. The statue jars her completely with a peak at a truth about her heritage and family she never dared think about. Learning that the statue came from a renegade Japanese sub filled with other looted treasures, she hires Eric, a geophysical consultant, to help her find that sub.

Eric, gripping the seat of the single engine plane that roller coasters its way out the Aleutian Island chain and into Dutch Harbor, Alaska, is shocked to learn that he is not just on a routine salvage job in a nearby harbor, but on a treasure hunt for a mythical submarine lost almost forty years ago, somewhere in the open Bering Sea surrounding the islands. The seas are amongst the meanest in the world, and unnamed volcanoes smolder, ready to explode on every island. Eric blanches at the very thought of searching in such a place with practically nothing to go on. It is illogic as all hell to his scientist mind, but Naomi's flashing eyes, and utter determinism, cause Eric to pause long enough to realize he must lead the incredulous search, or forever live with the dull ache within him about who he had become.

But Eric is severely handicapped. His crew and equipment are worse than third-rate to the shiny RV Meditteranean, cruising the waters nearby and looking for the same submarine. When failure becomes their only option, Eric cannot bear to look into Naomi's teary eyes, nor into his soul. Preparing to return to port, Eric learns from a crazed crew member, Frankie, of the massive tidal wave, or tsunami, that destroyed the Scotch Cap Lighthouse in 1946, on nearby Unimak Island, a place of eternal volcanic violence known as the "Roof of Hell", Eric forms a theory, just as crazy as Frankie himself, about what happened to that sub, but they must race into the waters next to the surging Mount Shishaldin, now belching ash high into the sky, to prove his theory, and then escape before the eruption obliterates everything around it, including them.

They discover the horrific truth about what happened to that renegade Japanese submarine and the men aboard, and with the discovery, Naomi learns the truth of something she had refused to believe for so many years; and Eric discovers a surprising answer to his personal crisis... but not before the Roof of Hell traps them in a maelstrom of unimaginable violence.

Roger Alidade has worked as a geophysicist for a major corporation for over twenty years. His hobbies include reading, golf and exploring the earth.