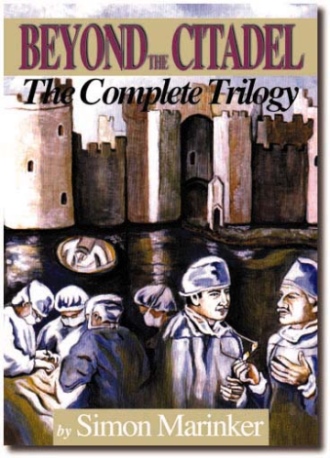 This is the story of a surgeon, his life and times. It is based on a series of conversations between the narrator and Dr. Philip Bosnar over a five year period between 1985 and 1990, during which the tape recorder was allowed to run freely. The protagonist of this book was encouraged to speak openly about his hopes and dreams, his successes and failures. He was also asked to include, as far as possible, the people and events that influenced his personal life and chosen career.

The title of this biography, which has been written as a trilogy, is derived from the classic novel by A.J.Cronin entitled 'The Citadel,' which had a profound influence on Philip Bosnar when he was a young doctor on the threshhold of his professional future. It is the story of the central character's journey through the trials and temptations of medical practice to his eventual confrontation with the medical establishment.

Since there was no chronological order to the recorded reminiscences, the narrator has elected to use his own alternating time sequences that seemed appropriate to a study of the surgeon's growth and development from youth to maturity. These time sequences interrelate his earliest development with the ultimate direction of his life as an ethical leader and attempted reformer of his chosen profession.

Is this a fictionalized autobiography? That is a question asked of most writers of narrative novels, and the author of this trilogy is no exception.

The answer is that all the characters are based to a varying degree on people the author has known, but are mostly composites.

Several locations are fictionalized, but the names of famous (as well as infamous) national and international individuals are clearly stated.

Finally, historical and other events of the twentieth century are presented as seen through the eyes of the central character, Philip Bosnar.