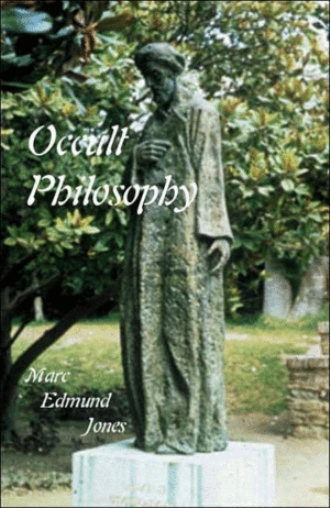 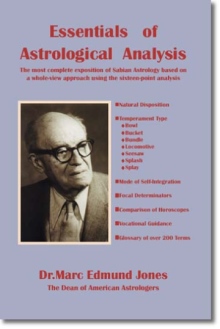 Here is a clear and lucid exposition of the Profane Mysteries, the Lesser or Lunar Mysteries, and the Greater or Solar Mysteries. These are presented in terms of 1) the popular ideas in occultism, such as the Solar Myth, the belief that the Anglo-Americans are the ten lost tribes of Israel, and the speculation that Shakespearean plays were written by Francis Bacon, 2) the established doctrines of an age-old esotericism, concerning such matters as transmutation or the elixir of life, adepts or Masters of Wisdom with miraculous powers, and man's destiny as charted through karma and reincarnation, and 3) the organization of all existence and experience on a Pythagorean basis of number, a Platonic structure of operational concepts, and an Aristotelian organization through functional or pragmatic logic.

The history of occult origins and developments is given considerable detail, together with a thorough account of the various schools of thought and points of view. Bibliographical references are unusually full, and over 100 pages of glossary provides a complete orientation in both Western and Eastern terminology.

Through his lifelong work as a writer, editor, clergyman, and psychologist, Marc Edmund Jones, Ph.D. has pursued an ever-increasing interest in occult philosophy. It is his belief that no knowledge of life is adequate if it does not comprise every possible ramification of conscious experience, whether conventional or offbeat.

His first encounter with unorthodox doctrines was shortly after the World's Columbian Exposition at Chicago, when Christian Scientists moved next door to his ancestral home. This stimulated an unusually speculative temperament, already quickened by divided church allegiances in his own family circle. There still exists his first fictional effort in which a Christian Science hero discovered how to go back into history, or forward into the future, by a mere act of thought. In these early years he spent his summers with an aunt who was interested in Theosophy, although the explanation of what this meant came later, and on the whole his occult inquiries had very roots.

His special studies in this field have occupied a considerable part of his time for more than half a century, with his contribution to astrology gradually coming to dominate his public image. The Sabian Assembly, an experimental group, remains active since he founded it in 1923.

Marc Edmund Jones, the Dean of American Astrologers, is better known for his contributions to American astrology than for his philosophical writings. But, at core he was a philosopher as his book Occult Philosophy clearly demonstrates. He was born in St. Louis, Missouri in 1888. His early education was in was in Chicago public schools and at John Dewey's experimental high school at the University of Chicago. He received his B.A. degree from Occidental College at Los Angeles, and a B.D. from the San Francisco Theological Seminary. His Ph.D. was conferred in the Faculty of Philosophy, Columbia University. He died in 1980.