Could This Be My Child? 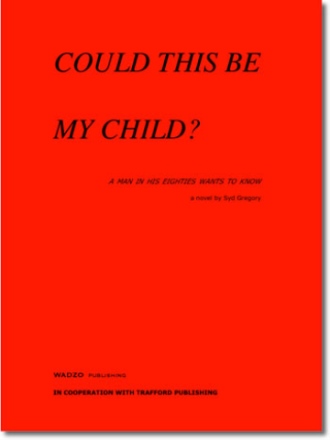 This book is about an 82-year-old-man who was forced in the dark of night, in his own home, and at knifepoint to father a child twenty-seven years ealier, and now believes he may have met the child and the child's mother.

The story deals with how he and some of the other characters in the book attempt to prove or disprove his belief. Of course the child is now an adult but the child's mother feels she must protect her child in spite of the fact, and yet she truly understands the elderly mans desire to know the truth, whatever that might be.

I was born in 1941, the youngest of four siblings, to the most wonderful and loving parents who came to this great country to be nothing if not great Americans.

My father died at the age of forty-four and was buried on my mother's forty-second birthday, after only eighteen years of marriage. My mother was always a strong person but with the passing of my father she also realized she'd have to become a tough person, which she did while raising us on her own.

My schooling was only through grade twelve and then to work for forty years. I became in interested in writing in grade three but never attempted it until age fify-four, and then only by accident.

I awoke early one black morning in February, 1996 with this story in mind that I couldn't shake and I wondered if there was a possible book there, but more importantly I wondered was it in me to find it within myself. And if so would I be able to put what was in my head into words and onto paper. It turned out, after I sat down at my computer, that I soon found approximately eleven pages were registered and my first thought was I'd better back this up onto a diskette. That's when I realized there just might be a book in me and if there was I'd finally be able to fulfill a lifelong dream.

Then when it was finished I wondered would the reading public find it a worthwhile read knowing that not everyone would and yet hoping that many would.