Natural Forms of Defense against Biological, Chemical and Nuclear Threats 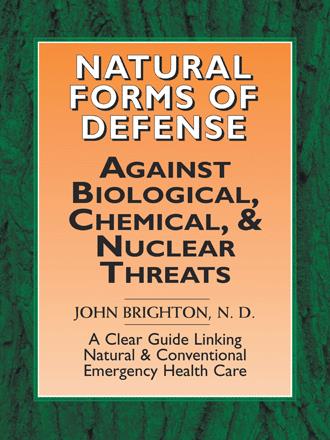 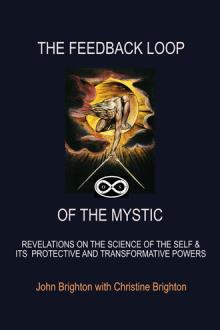 The Feedback Loop of the Mystic
John Brighton & With Christine Brighton
$28.99

The events that took place on September 11th caused Dr. John Brighton, a naturopathic health consultant, to ask himself questions about what role natural forms of healing might have in a scenario involving weapons of mass destruction (WMD). As he examined the issues and the nature of the threat, he felt assured that a naturalistic approach could make a significant contribution in conjunction with that offered by conventional medicine. Moreover, he felt that to use both would provide a more powerful deterrent than if either were used alone.


The naturalistic approach would augment the use of drugs by adding 5 extra lines of defense aimed at supporting and strengthening the immune system to deal with such a dire event. These lines include:

The whole idea of this holistic strategy is to employ prevention and immune-enhancing factors in order to reduce the level of crisis to begin with. As a result, the dependency on antibiotics (there are no effective antivirals) and other valuable medical resources can be considerably reduced, and, most importantly, preserved for when they would be needed most.


Another benefit of integrating these two systems would add what Dr. Brighton calls "synergistic complexity" as a way to reduce the current crisis of germ resistance to many most potent antibiotics and to provide a holistic approach to all forms of WMD.


The book clarifies the scope of the threat we face by examining:

A chapter is dedicated to focusing on the specific nature and challenges posed by each biological, chemical and nuclear agent. This includes:

The book ends with a forward-looking chapter on emerging technologies that have promise of increasing our level of defense against WMD. A bibliography and a full section on resources are available.

John Brighton is a Board Certified Naturopathic Doctor with more than 20 years experience in Holistic Health Counseling. He received his training from the Clayton College of Natural Health and from The Ayurvedic Institute. He holds a Master of Arts degree in Education from the University of Michigan. He has taught college courses, written many articles, and has lectured on a wide range of topics in the field of Holistic Health.