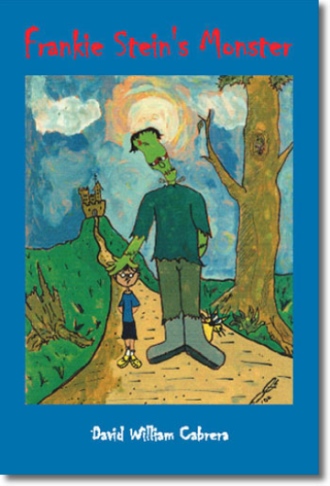 Frankie N. Stein is a 12-year-old monster fanatic, addicted, like most kids his age, to gothic video games. He is a big fan of Universal Studios horror movies such as Frankenstein, Dracula and The Werewolf. He is the middle child in a typical middle class family. His older sister, Alexa (16) is a whiny teenage brat; the younger sister, Kimberly (4) is an adorable little sweetheart. Father Albert is the prototypical middle class professional, slightly absentminded, but very loving to his children. Mom, Jennifer, is the disciplinarian of the household, but always supports her husband and family. Their next-door neighbors, Juana and Felipe Garcia are the busy body Fred and Ethel of the neighborhood.

Albert's work (setting up computer systems for large corporations which he brings in huge crates from America) takes him to Frieburg, Germany, which is located right on the western edge of the fabled Black Forest, home of Sauebraten, cuckoo clocks and lots of dark, mystical spirits hiding in the medieval castles nestled deep in the woods. The Stein family are guests in a 17th century castle, converted into a hotel, and this is where young Frankie magically stumbles upon a secret passageway leading him to the ruined lab of one Victor Von Frankstein, who rumor has it, once lived here. A perfectly preserved monster falls out of the closet, and quite by accident, is brought back to life by Frankie.

"One of the Funniest books I've ever read." Tony Lambrou - Editor Outlook magazine

"My kid makes me read it to him every night." Mario Treto - Screenwriter

Dr. David William Cabrera has practiced medicine in South Florida since the mid 1980's. He is a frequent guest on international talk shows and writed humor columns for several national magazines. He has also been a contributing writer for SCR(I)PT Magazine.

Together with his business partner, Mario Treto, Dr. Dave, as his friends know him, formed the DOSLOCOS SCREENWRITING COMPANY and is the founder of the SOBE Screenwriters Guild.

Dr. Dave has written six screenplays, one of which this book is an incarnation. His other screenplays include:

Due to a computer glitch, a junior high boy running for class president winds up being elected President of the United States.

A nerdy high school boy has his world turned upside-down when a beautiful music diva uses him in order to make her pop star boyfriend jealous.

A newspaper reporter discovers that the leading Presidential candidate may be a "sleeper agent" for enemy foreign governments.