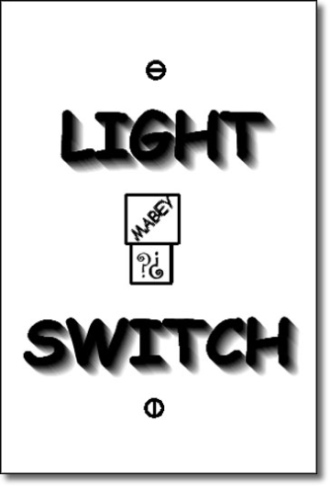 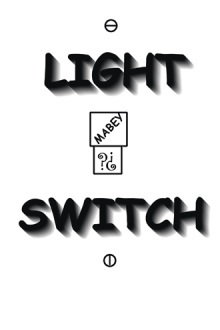 As a creation parable for the digital age, LIGHT SWITCH illustrates a fundamental need in a technological world - the need for love to become greater than knowledge.

Electricity is changing the human environment as profoundly as the first use of fire thousands of years ago. Through electricity, we now possess an unprecedented knowledge of our world. But this knowledge makes us more vulnerable to our human nature than we have ever been. This vulnerability darkens our vision of the future.

When entering a dark room, we reach for the light switch to turn on the light. So, perhaps as knowledge carries us toward an uncertain future, surviving the power of this unprecedented knowledge comes down to turning on the light of God's love.

His first teaching assignment was in Crystal City, Texas where he taught oral language development to fourth and fifth grade migrant students. Located in South Texas near the Mexican border, Crystal City was a dramatic cultural change for this native of North Texas. He says, "The good people of Crystal City, especially the children, taught me that while there are many differences that distinguish people as unique, the heart of the people is essentially the same."

Returning home to his hometown of Fort Worth, Charles fulfilled a dream by working as a photographer. Seeing people through a camera lens, he says, "only confirmed how different, yet the same, we are as people."

These two experiences prepared him for the vision that became the inspiration for LIGHT SWITCH. This vision changed his life. He started painting houses, simplified his needs and wants, and began a quest for the truth he eventually found in Jesus. Charles says, "LIGHT SWITCH has been a 25 year labor of love and tears. And while my walk with Jesus will continue forever, this book is now complete."