A Chronicle In Perspective 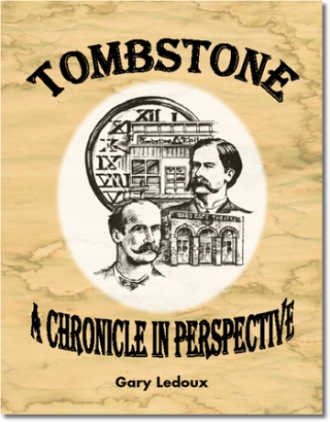 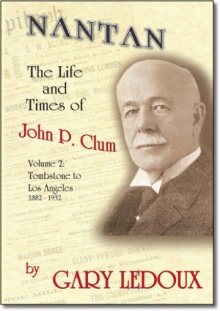 Nantan: The Life and Times of John P. Clum Vol. 2
Cover Design or Artwork by , Photographs by Rachel Ledoux and Gary Ledoux
$39.00 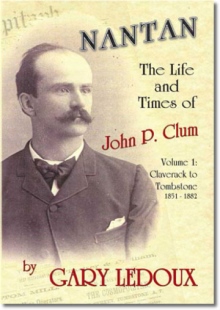 Gary Ledoux is a freelance writer, living in southern California, with a long-time love of the old west. He has had several articles published in the Tombstone Epitaph, Tombstone Independent, and Tombstone Tumbleweed newspapers. He is known as "Mayor" # 17135 in the SingleAction Shooting Society, and as Mayor Clum in the re-enacting community. Gary and his wife, Rachel, founded Clum & Company Old West Productions in July, 2002. Click here to visit other Old West sites

"This interesting and unique time-line of Tombstone and other Old West events fills a void in our history by comparing 400 years of world history and events with what was happening in Tombstone and other Old West places simultaneously to put it all in perspective.
Earps were active in England when Shakespeare was writing Hamlet. The Earps arrived in California four months before the Civil War ended. On the day that Virgil was ambushed in 1881, Currier and Ives were introducing their first color etchings.
Right down to the present, hundreds of comparisons tune us into Old West versus other world happenings. Tombstone comes off as unique. The story ends with a virtual autobiography of John Clum who holds a special interest for the author.
An interesting read and one recommended to put the reader in touch with not only Tombstone and the Old West but what else was happening in the world during its long and varied history. Useful for the history buff and casual reader.

As reviewed by Earl Chaffin

"This is a delightful and helpful book. It was obviously a labor of love for author Gary Ledoux. The book contains numerous chapters that one would hardly look for in a book of this title, including one on Frederick Jackson turner, another on the Significance of the Frontier in American History, and a fine one, "Gun Safety Message" which lines up with the author's re-enactment hobby.

The concept of the book is to look at "402 Years of Tombstone History". In four columns, Ledoux gives a date, a Tombstone event, another Old West event, and then an event from elsewhere. In the twenty-five pages of chronology prior the founding of Tombstone, the author gives birth dates of major and minor Tombstone characters and events in their lives prior to their arrival in Tombstone. The chronology then follows major events in Tombstone and Arizona through October 002. The last section of the book contains several appendices, each of which shows Ledoux's deep interest in his topic.

Roy B. Young
President of the Western Outlaw and Lawman Association
January 2003