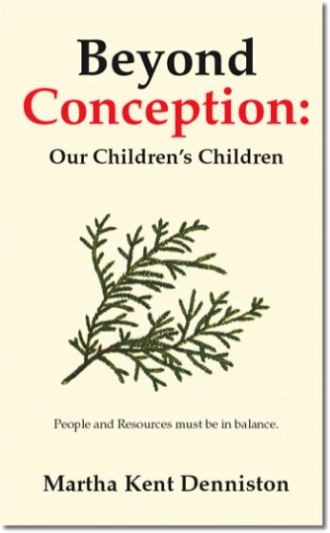 Overpopulation, the most severe threat to human existence, has been caused by individual human beings following habit rather than adapting their behavior to changing conditions. The outcome is not in the lap of Fate; it is in the hands of individuals able both to be single-minded about their acts and to work with others. In clear, humane terms the author discusses all aspects of the dilemma - historical, economic, religious, political, racial, ecological and above all medical. She presents unusual concepts, fresh ideas, and startling statistics with thoughtfulness and authority.

Over the last half-century, death control in the form of the elimination of killer diseases, reduction of infant mortality, and a great extension of adult life expectancy has created a rapidly worsening situation for which the only remedy is Birth Control - employing known methods and others yet to be devised - on a comparable scale.

In the United States not much positive initiative can be expected from government, organzied medicine, the Catholic Church, or business. The impetus toward the small family, toward one child a piece for each parent, must come from informed and energetic citizens. This book describes encouraging beginnings already made and suggests methods for much greater accomplishments.

Martha Kent Denniston was born in Philadelphia. She holds an A.B. from Bryn Mawr and a M.A. in Philosophy from the University of Washington. She is the mother of four sons.

Mrs. Denniston has been interested in conservation and population problems most of her life. She has done research in the field of zoology. She is the director of a birth control clinic in Seattle. She produced the classic documentary film, Beyond Conception, on the population dilemma in the United States.

If young people and their leaders around the world acted upon the ideas presented in this book, humans would have a much better chance of joyous lives, and indeed, of survival.