A New Basis for Civilization 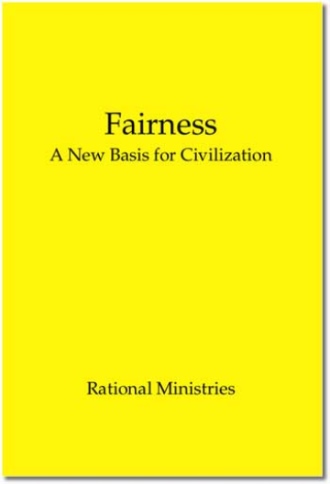 We will never accept that a trickle is an equitable compensation for labor and skills while you live in leisure based on lack of equitable compensation for labor and skills. I try to draw the socio-philosophical foundation on which this logic arises, and suggest a new socio-philosophical foundation that not only provides for equitable compensation for labor and skills, but is most logical for the leisure class, considering all variables. I don't think I let any philosophy be taken for face value, and I don't think I have held any philosophical punches back, in favor of either side of this quagmire. This said I do explore the deepest roots I can, and start off with those roots. I think I bring these roots to the most immediate significant conclusions. My only rational purpose can be that you enjoy this book, and take the time to come to a realization of the questions I present. From such a distance, it would be vain of me to think I can influence the answers to those questions in any way but to present logic and fact.

I am a working class man, skilled in engineering and science, who has no qualms with the concept that someone deserves to live in a leisure class, should they earn it morally, continue to pay their share of the costs of community, and not set up a cabal such that it ensures no one else can aspire to or achieve that leisure class under the logic that they can only maintain their place by the exploitation and monopolization of labor and skills. Certainly collaboration under the auspices of monopolization and exploitation are not community and are not civilization. I live in the North Eastern United States, born of 3rd generation Irish, Italian, German and Scottish immigrants. My employments have provided me the opportunity to travel much of the United States and some of Canada and Europe. I grew up in a middle class family, mostly blue collar. One of my grandfathers and my father worked their way into white collar management positions without college. My other grandfather and his father owned small businesses of their own in addition to their mainstay jobs. My mother works mainly in a small business of her own. My family was not beyond poverty, certainly there were times when we struggled, and just as certainly we knew we weren't rich enough to make light of the concerns of poverty. The skills I had as a youth were mathematics, were there sufficient blue collar jobs in the town I grew up in I would have probably taken one. It became apparent to me that America had sold out its working population in moving manufacturing jobs, and by default the service industry jobs those manufacturing jobs validate, to areas where they can dispense with the concept of worker's rights. Left without such jobs I pursued college and was fortunate enough to rank in the top of my class and get job offers. I took a fast path job in one of the top 25 companies in the US. While I did nothing but enjoy my elite position for the first couple years, it soon became apparent that ability wasn't the measure of success in corporate America. In order to just maintain yourself, let alone advance, clique formation was necessary since the unethical would form cliques of power within the organization and control functions to their advantage, frequently with disregard to company benefit. There is no basis for competition because there is no basis for profit, let alone a basis for collaboration. This corporate culture via intimidation permeated all levels of the company. It became apparent that publicly traded companies run by boards of directors had no true reporting to those who owned the company, and that success as a whole was not the goal, but how to siphon your own success from the bounty of the whole. Now granted, the bounty came up for discussion, but rarely more than a reactionary measure. Most pro action dealt with self positioning over company success. It did not take too long to determine that our basis of civilization was at fault and that the same culture permeated our government. The validation of competition over collaboration is an oxymoron. With no defined collaborators, the default structure of collaboration takes precedence, dominance and submission. Those in a position to succeed deal in the opportunities, and dell out such opportunities in a way that allows them the biggest share of the bounty possible. Protection of the status quo becomes the mode of operation, not the advancement of the status quo, advancement of the status quo would require those in a position to succeed to compete as opposed to collaborate. What motivation is there for them to subject themselves to competition when they can stay off competition with collaboration? The logic of oppression dictates the minimum trickle down of opportunities and economics, never more. This book is an attempt to communicate that we will never accept that a trickle is an equitable compensation for labor and skills, while you live in leisure based on lack of equitable compensation for labor and skills.