How to Engineer Evolution 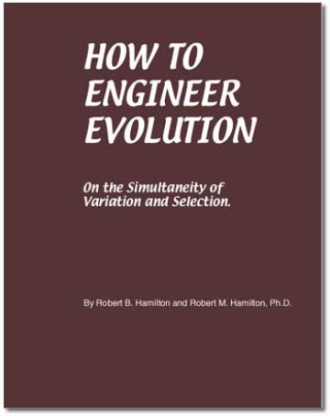 Experiments at Harvard University and elsewhere have revealed mutations in bacteria induced by nutrient deprivation. These mutations, of the lac operon and other genes such as those that confer antibiotic resistance, arose under conditions ordinarily associated with natural selection.

One interpretation is that genetic variation and natural selection are two sides of a unitary and simultaneous process, the two sides of a general response to the struggle for existence caused by the Malthusian doctrine. Far from being random, the production of genetic variation (mutation) must be an innate capability of life, in the same way that the genetic conservatism, the metabolic reactions and the reproduction of organism are innate faculties and anything but random.

Adaptation, the survival of the fittest, far from the tautology it is sometimes presented as being, is on behalf of the acquisition of features whose primary expression is the relief of competition.

If generally true, this principle of competitive variation could be the basis for engineering evolution.

The symptoms or expression of competition within a species has had its own striking evolution, from starving stationary phase microorganisms all the way up to the sexually induced traumas in the family romance of the mythology of Oedipus and Electra.