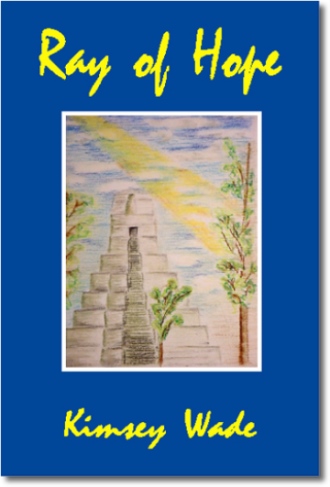 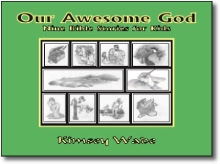 Gabriella and Yessenia are teenage Guatemalan girls of Mayan Indian decent. They have been raised as sisters by Bill and Jean Barlow, American missionaries to the Peten region of Guatemala. Placed in their orphanage as infants, the Barlows decide to adopt both girls. While Yessenia's adoption gained approval several years earlier, Gabriella's adoption continues to be bogged down in the massive bureaucratic red tape of the Guatemalan government.

The story opens on an early Sunday morning at the orphanage, Ranch of the Children, in the jungles of Guatemala's Peten region. Two teenage boys from the Ranch are missing. The quiet morning is disturbed by the arrival of Guatemalan soldiers who inform the Barlows they are investigating reports of guerrilla activity in the area. The hostile, political situation of Guatemala is introduced. During the search, the soldiers shoot one of the boys who were returning to the ranch after escpaing from their captors. Bill Barlow orders the soldiers to leave the Ranch property. On a later visit to the Ranch by the guerrilla forces, the two boys realize it was some of these men who captured them. Gabriella cooperates with the boys in hiding the information from her parents. While dealing with this conflict, Gabriella realizes separation from her parents and sister could happen. The legal mess in her adoption unfolds. Yessenia promises to never be seperated from Gabriella.

The political situation in the Peten region intensifies as the guerrilla forces seek funding for their endeavors by imposing a "war tax" on foreign land owners. During the ensuing weeks, the Barlows hear reports of kidnappings of those who refused to pay the illegal tax. They receive an "official document" from the guerilla forces levying a tax of $100,000.00 The Barlows make a daring escape to Guatemala City, leaving the operation of the orphanage in the hands of Guatemalan workers. While in Guatemala City, the Barlows seek intervention from the United States Embassy on Gabriella's adoption. The political quagmire renders the embassy helpless in assisting Gabriella. The Barlow's resolve to stay together in Guatemala City against the embassy's recommendation.

As the Barlow family settles into a routine in Guatemala City, the embassy informs Bill Barlow that a death warrant on him has been issues by the guerrilla forces. The violence in Guatemala City against foreigners spreads, leading the Guatemala government and the embassy to order immediate evacuation from the country. Gabriella and Yessenia decide to run away. Their intricate plan unfolds almost flawlessly until Yessenia is attacked by muggers, nearly getting both girls killed. During their first night in hiding, Gabriella wrestles with the consequences of their plan. Under the leadership of the Holy Spirit, Gabriella convinces Yessenia to return to their parents. Gabriella escorts the Barlows and Yessenia to the airport. Though the departure hurts her far more than she ever imagined, Gabriella realizes that faith, courage and love for family can overcome separation from each other.

Kimsey Wade is a native Oklahoman, reared on the ceremonial grounds of the Osage Indian tribe in Hominy, Oklahoma. After graduating from Hominy High School, Kimsey attended Southwestern State College and Oklahoma Baptist University (OBU). He graduated from OBU in May of 1974 witth a Bachelor's Degree in political science and music. He continued his education at Central State University and the University of Missouri, Columbia, where he studied political science, specializing in state and local government.

Upon completion of his higher education, Kimsey worked several years in public administration with the Boy Scouts of America in Southern Oklahoma, and with the sub-state planning organization in Northeast Oklahoma. In 1987, he left the public sector and opened a private piano studio in Vinita, Oklahoma, where he continues to teach piano to children, teens, and adults.

In 1987 the Wades adopted a young girl from an orphanage in the Peten region of Guatemala. Moved by what he saw, Kimsey organized and led seven mission trips back to Guatemala to assist the orphanage with construction of buildings, schools and a mission church in San Andres. In 1992 he formed a non-profit organization to solicit funds for the operation of the school and mission church.

Kimsey's desire to write became a reality in the spring of 1995 when he enrolled in a course with the Institute of Chilren's Literature. He has had his works published in several magazines inlcuding: CLUBHOUSE MAGAZINE; FOCUS ON THE FAMILY; LISTEN MAGAZINE; GRIT; POWER STATION; BOY'S QUEST; SIRS; STRAIGHT; DISCOVERY TRAILS; and CLUB CONNECTION. In addition, he has won numerous awards at the Christian Writer's conference held at Glorieta Conference Center in New Mexico.

Kimsey married his wife Anita, in February 1980. They are parents of four children. The youngest two are high school students. The oldest daughter is attending OBU, and majoring in Children's Ministry. The oldest son is married, and lives in Vinita with his wife and two-year-old daughter.