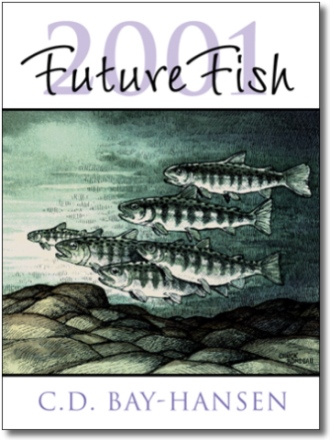 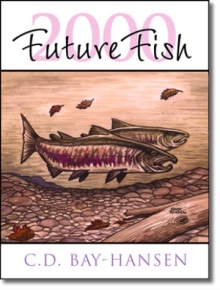 This is the companion volume to FutureFish in Century 21: The North Pacific Fisheries Handle Coming Trends, Radical Environmentalism, and Digital Cyberspace (1991-1992, 1994-1997), Like the latter, this volume was (also) gleaned from the original FutureFish -- which had by 1999 grown to an unwield tome numbering 57 type-written pages! As told in Author's Update 2000 in my first volume of FutureFish in Century 21, the split into two books came naturally and easily (after some soul-searching). But the creation of two smaller offerings was essential in meeting Trafford Publishing's 500 page-limit for "perfect bound". It has ended up as a painless Solomonic compromise despite dividing my "baby"!

This companion volume, FutureFish 2000: FutureFish in Century 21: The North Pacific Fisheries Tackle Asian Markets, the Can-Am Salmon Treaty, and Micronesian Seas (1997-2001), also discusses aqua/mariculture, Norwegian Americana, and the significant U.S. elections of 1996 and 1998. Most important for this writer, however, has been the chance to include an addended chapter, 'A Modest Proposal for Micronesia'. As a 1981 U. Hawai'i M.A. graduate in Pacific history, doing a section on the Pacific Islands--after a long absence--has been particularly gratifying. I sincerely hope both Canadian and American readers enjoy it.

Thanks again to Mr. Francis E. Caldwell of Port Angeles, Wash., and to Trafford Publishing of Victoria, B.C., for the opportunity to publish and publicise both my books. As expressed in the Trafford 'Author's Guide', "Some people see on-demand publishing as a paradigm breakthrough in terms of democratizing book publishing. If it proves to be that significant, it's anyone's guess about all the ramifications." Right on, eh?!

"...A unique and interesting vision by a man who cares passionately about the resource."

C.D. Bay-Hansen is a 55-year-old fisheries writer who was born in Norway and raised in England, New England and New York. Although he attended a posh Eastern prep school as a teenager, Bay-Hansen found the time to work on an Israeli kibbutz (summer of '61) and on a Norweigan cargo ship (summer of '63), sailing to and from South America. After a U.S. Army hitch during the late 1960s, Bay-Hansen eventually returned to college. He earned his B.A. at Seattle Pacific University in 1978 and his M.A. (in Pacific history) at the University of Hawai'i in 1981. An "empty-nester" with three adult children, Bay-Hansen presently lives in Port Angeles, Washington, where he has resided with his wife since 1987.