This Body The Earth 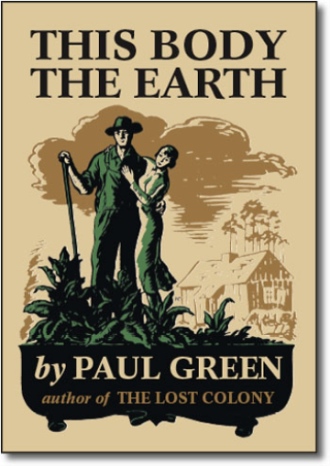 It is late-Reconstruction South where poverty and the exhausted earth strip even the strongest and most willful of their means to overcome the humiliations of the Civil War. Thousands of landless poor, many descended from Scots immigrants, crisscross the roads with their few chickens, bedding and an old stove in search of better wages from the landlords who exploit them and saddle them with debt. A whole people are on the move. From this unpromising soil rises one of Little Bethel's most ambitious sons. Born in the piney woods of North Carolina from a family of feckless sharecroppers, Alvin Barnes strives toward a "far-off and happier future." Through hard work, gritty determination, and a passion for knowledge, he acquires a farm and a family and raises cotton and tobacco using scientific methods. But paying off the mortgage depends on his crop yield. And then "the goad of evil, bitter days came down upon him," and Alvin cries out, "They ain't no God for the poor man, nothing but law and power over him." This Body the Earth, chronicled by Pulitzer prize-winning Paul Green, is one of the great tragic stories of the old South.

What is the relationship between the novel and Paul Green's dramas? In what ways are the author's experience and expertise as a dramatist revealed in This Body the Earth?


What characteristics of place, character, and language set the novel in the agrarian South? What folk motifs and rituals of farming run through the book?


What universal themes dealing with the human condition are found in Green's novel? Comment upon it as the story of an "everyman." What are the defining events of Alvin Barnes' life?


What beliefs and practices of that period exist today? How have they changed in the 21st century?

What are the main beliefs of Blake Dewar's social philosophy? What is their relevance to today's thinking? How did they impact Alvin Barnes and other characters in the novel?


Consider other American novels, like John Steinbeck's The Grapes of Wrath, that depict the plight of the migrant worker in post-World War II America. Who are today's migrant workers and what are the determining factors that govern their lives?


What were the harsh realities of the sharecropper's life at the time of the novel? And, explain the difference between a tenant and a sharecropper. How does the sharecropper in Green's novel differ from other kinds of modern-day laborers?


In what ways does the author reveal his devotion to the individual and his belief in the rights of people to the fulfillment of their potential?


Discuss such issues as class, race, and gender in This Body the Earth. What place does religion have in the novel?


What is the role of women in Green's agrarian landscape? What are the characteristics of Ivy Chadbourne that make her a saintly person? Is she a believable, sympathetic character?

Paul Green grew up on a cotton farm in rural Harnett County, N.C., learning the value of hard physical labor as well as the importance and beauty of literature and music. He read books in the fields as he followed a mule-drawn plow.


After graduation from Buies Creek Academy, Green taught school and played semi-professional baseball until he could earn enough money to go to the University of North Carolina, Chapel Hill, but his college education was interrupted by World War I. After he returned to the University, he was a key figure in the early days of the Carolina Playmakers. Among his Playmaker friends were author Thomas Wolfe, and Green's future wife, Elizabeth Lay. Green taught philosophy and drama at Chapel Hill until 1944, when he retired to devote his time to writing.


In addition to receiving the 1927 Pulitzer Prize for Drama, Green formulated and propagated a new dramatic form, the symphonic drama, an historical play, usually set on the very site depicted in the action, and embodying music, dance, pantomime and poetic dialogue. Following his first, The Lost Colony (1937), about Sir Walter Raleigh's doomed colony on Roanoke Island, N.C., Green wrote sixteen more. It has been said that America has contributed two important new dramatic forms, one being the musical and the other being the symphonic drama, of which over fifty are now in production.     Paul Green's total literary output included not only symphonic dramas, but also other plays of various types, several novels, essays, books of North Carolina folklore, and cinema scripts for such prominent stars of the 1930s as Will Rogers, Bette Davis, and Janet Gaynor.


In addition to his early Pulitzer Prize, his awards include two Guggenheim Fellowships, the National Theatre Conference Award, and nine honorary degrees. He was posthumously inducted into the Theatre Hall of Fame in New York in 1993, and the North Carolina Literary Hall of Fame in 1996. During his life Green was active in the cultural life of North Carolina, being one of the founders of the North Carolina Symphony, the School of the Arts, and the Institute of Outdoor Drama, which serves the large nationwide community of symphonic dramas that sprang up after the model of Green's original Lost Colony. His relentless battle against the death penalty in North Carolina has found successors in other states.


Paul Green's historical significance stems from his influence not only on the art of the drama but also on the social values of the South during a period when he stood almost alone in preaching the equality of the races.