They All Told the Truth 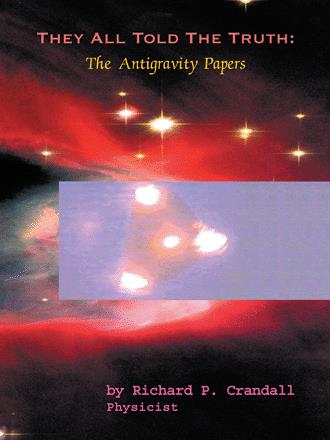 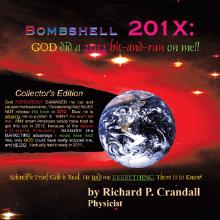 This book is for EVERYONE!!

LEARN WHAT YOUR "GOVERNMENT" DOESN'T WANT YOU TO KNOW about the top-secret subject of ANTI-GRAVITY flight systems. BUY THIS BOOK NOW, BEFORE THE GOVERNMENT BANS IT!!! Subjects covered in this book include:

PROOF: A vastly improved physics model is used to "forensically" authenticate, beyond doubt, the testimony of 3 people who claimed deep involvement with Anti-gravity projects. People can lie; physics doesn't.

BUILD YOUR OWN: How to inexpensively build your own ACTUALLY WORKING Antigravity device. Folks, this is real. Do it!! Others HAVE done it. All it takes is carpentry, metalwork, and electrical skills.

COVERUP: The government is spending billions of dollars of "black budget" money yearly to keep the technology a secret. Read about the ugly methods of suppression they have used on many, many people. Shocking, in the extreme. Also, included in the book are photos of ancient documents which prove that some ancient civilizations knew about antigravity! YES, it's absolutely true!! And guess what? The government almost certainly knows this as well. BUY THIS BOOK NOW BEFORE IT'S BANNED.

I graduated from Texas Tech University in 1984 with the degree of Bachelor of Science in Electrical Engineering, with a greater than 3.6 GPA. I have been a very dedicated student of physics, studies including Relativity (both Special and General) and Quantum Mechanics (also QED) since the time I graduated. Now, I have the equivalent of a Masters Degree in Physics and in Electrical Engineering, as a result of he study over the years of many graduate level subjects in both fields. I am one of the few independent co-developers of the "Maxwellized Equations of General Relativity". I am a fan of Star Trek Voyager, and a fan of Stanton Friedman and Art Bell, George Noory, and of the great physicists of our time.