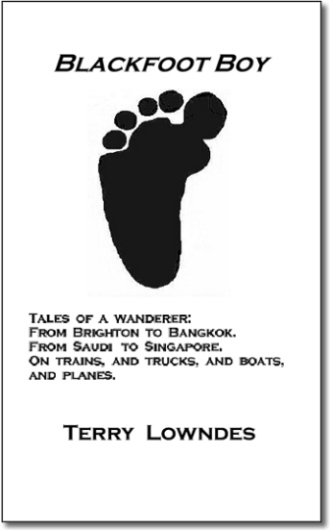 A memoir starting in post war Brighton, England, (1952,) when I was 4 years old. The author takes the reader across the sea to New Zealand, on an assisted passage immigration ship. It details his early years growing up in 50s New Zealand, his fathers early death, and returning to an England he despised. From here the author describes his teenage years in 60s England, his troubles with the law, and being forced to join the Royal Navy in it's last years of harsh discipline, and officers who lorded it over the lower deck sailors. Leaving the Navy our subject becomes a truck driver, and is employed on a Middle East trucking route. Traveling through the Iron curtain countries of Europe, and eventually arriving in his Middle East destination, the Author describes his trips, and the people that he met along the way. From being robbed at gunpoint in Turkey, to using forged documentation in order to transit International borders, the writer takes you into a world most people will not have been to. London gangsters, who almost took over the International freight business in Europe, and the punishments they meted out to those drivers that abandoned their loads in the harsh conditions, will be described. The authors migration from the regular transport business, to the deserts of the Sahara, in Libya. Hauling heavy loads of cement and hydrochloric acid, to the rigs drilling out in the remotest areas. His graduation to becoming an engineer, the wild parties, the drugs and booze, and of course the women. This book takes you on a journey, from Brighton to Bangkok, from Singapore to Saudi, and is only half the story of a consummate wanderer.

"A complex story of a young boy taken from cold post war England to the delights of a life in New Zealand, only to have uproot again and return to his country of birth. Forced through circumstances to join Her Majesty's Royal Navy the antics and life in a blue suit are graphically detailed. A must for anyone who served in Her Majesty's forces in the 60's and 70's and an eye opener for those who wished they had. Highly recommended, can't put down reading."

"Blackfoot Boy is a totally engrossing, unforgettable, personal adventure. This well written story encompasses the Authors life from a tumultuous childhood in England and New Zealand, to his naughty, but fun filled antics in the military. A joy to read!!!! "

From childhood in New Zealand to manhood in Britain and beyond. This is a tale of one man's life as he lived it. Sometimes tough, always entertaining. The Royal Navy stories graphically illustrate the class system which prevailed in the Royal Navy of the sixties and seventies. His life then continues in the tough world of international truck driving in the middle east, going through places normal sane people would stay away from. And then on to oil exploration work in the Libyan desert. A good rollicking read. Some part of it will strike a chord in every one who reads it. Highly recommended for all ex servicemen. John Crawford
(EX RN and Retired Cop)

Terry Lowndes was born in England in 1948. He immigrated to New Zealand with his family at age four.
Terry returned to England eight years later, on his fathers death.
Finished Education in Brighton, Sussex, England. Joined Royal Navy as boy seamen in 1964, and traveled extensively. On release from the Navy he worked as truck driver in England, eventually graduating to International overland routes to Middle East destinations, and then to Heavy Haulage, Trans Sahara trucking in Libya. Shifting from driving, to working on oil drilling rigs worldwide, he returned to school, then joined the Engineering Division of major oilfield service company in Libya. Also worked on oilfield operations, in Southern England, Sinai Desert, and Egypt. Moved to USA in 1985. Now happily married to wife Kathy, and living in North West Florida.