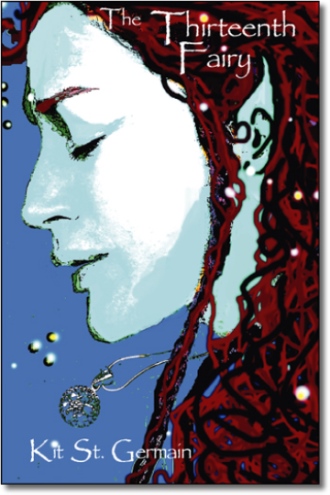 The Kingdom of Goshenge is a tiny green paradise where everything is quaint and perfect, much in the way that Prince Edward Island as inhabited by Anne of Green Gables is quaint and perfect, and, you know, a river runs through it. Goshenge thrives, with its celebrated royals, like a big photo-oppy nature theme-park in an otherwise increasingly industrialized world. The only thirteen fairies that remain on the entire planet live there. Unlike the fairies of ancient history, who'd as soon pull your nose as look at you, these elementals are the picture of refinement with their exquisite manners and the glamour that they lend to every public celebration.

The average Joe citizen of Goshenge is renowned to be easy-going and civil. But, as you may have heard, even the historically unassailable Anne of Green Gables has been called by some Anne of Green Garbage Bags. Not to say Anne compulsively drank stomach bitters, hair tonic and mouth rinse in the hopes of sucking up any vestiges of alcohol. That surely is nasty ticky-tacky gossip. I cringe to repeat such pigbarn smut. It's just that under popular fronts there are often darker truths.

Take Goshenge's picture perfect royals. The public and private are in terrible disparity. Queen Katriona--in public--Our Lady of Plenty, but in truth her Maj. is barren. The public and her courtiers feel free to think of her as some sort of national breeding depot that can just hoik a baby into the world between facials. The stress of constant publicity on the subject is getting her Majesty way the heck down. Emissaries from foreign countries have offered to engineer her a child in a glass bottle. If things were simpler, if the stress were not so acute, she might really love a baby. It seems as if someone may have heard the thought, for then...

A pretty baby with an ear-paralyzing set of lungs is born. A one-of-a-kind blue fairy is not invited to the baptism. A mysterious sleeping sickness overtakes a nation. Now if this is beginning to have some kind of ring to it, like a story Aunt Hendrika once told you while brushing the peak-frean crumbs off the table, this is the juncture at which we leave the old girl with her furry face and her slurping and her big-pore nose in the china, and radically change directions.

The country that dreams together...gets an eyeful of kooky stuff. What do they all see when they close their eyes? Is the secret to the thirteenth fairy's identity somewhere in the Land of Nod? Does everyone see the giant? How will the world have changed once everyone comes back? Will the giant come back too? Where the Sam hair-oil did all the rose bushes come from???

Which, if you all buy my book there can be...

Kit St. Germain was born in Boston to a typical Swedish/German Irish/Gypsy mum. What with one thing and another that little mum had her mitts full, so she tag teamed Kit over to Hugh and Celia, eccentric Canadians, who for many years passed themselves off as the very yardstick of normality. These just happened to be passing through on their way to Lesotho and Swaziland in Southern Africa. There Kit matured. (Such as she did) When that was done, she came back to the far more tribal land of Nova Scotia (That's in Canada,) where she never learned to speak Gaelic or to squeeze a tune out of a fiddle but she did learn to play the spoons right some good.

Kit worked for 15 years on stage in Ontario. For many years she went every Monday night to Canadian Stage, in Toronto to workshop the new plays of tender young playwrights. Now of course they are fat old bitter playwrights and it's a damn good thing she left.

Over the past six years she has worked primarily in voice-over, doing radio shows, music and cartoons like Action Man, Mr. Hell, Dennis the Menace, Madeleine, Casper the Friendly Ghost and live action shows like The New Addams Family, (Scratching head to think of the ones people might have heard of. Wood chips flying.) and other such pithy cultural nuggets. That work she does under an alias because her name, Kit, is an abbreviation of something foreign which said in English gives the impression that adenoids, polyps and cluster mould have destroyed the soft palate.