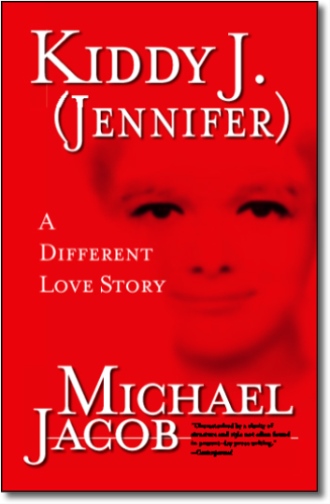 Kiddy J. (Jennifer) is the story of a young woman having to face the immediate limits of existence after receiving the transplant of her lover's heart. This unique experience unleashes various incursions into different time and space frames and attaches an exceptional value to every minute of her life. It is an analysis of a human being's stubborn endeavor to survive, to accomplish her creative ambitions by giving a profound meaning to her own life and the lives of those around her.

Despite her physical suffering and her psychological trauma, the reality of her life, the fiction of her travels in time, and her imossible and magnificent encounters with Leonardo da Vinci, Jennifer celebrates the joy of living in confrontation with life's incongruitites and absurdities. She finds satisfaction in absorbing the beauty of life wherever she can find it and in inventing it whenever everything around her is barren. That is always her creed.

This book is celebrating LIFE and the redemptive power of art.

As a student, he published poetry in the Romanian almanac of young writers. At 27, he directed the movie Darclee (a biography of a famous opera singer), which represented Romania at the Cannes Film Festival. Released in many countries, dubbed in French, Italian and Russian, the movie received international acclaim. His career as a film director and screenplay writer encompasses 11 feature films.

Michael Jacob received the Grand Prix at Monte Carlo and a special award from MIFED (Milan) for Tom Sawyer, a French-German-Romanian co-production. Other awards include the International Film festival at Karlovy Vary, Mamia and Krakow. For a period of 9 years he was a professor of film directing at the Romanian Film Institute. He co-authored a novel-screenplay Aurel Vlaicu, a biography of one of the greatest aviation pioneers.

Invited to the United States with a grant from the state department, he defected and established himself in Hollywood. He worked as an associate producer for the movie The Secret of Ice Cave, shot in Chile and produced by Gala and Cannon Films.