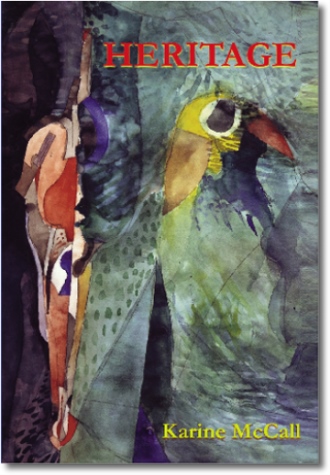 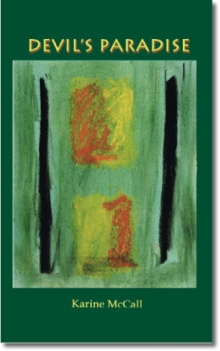 The atmosphere of Heritage shifts between the pendulum of unbending traditionalism relevant to an old-fashioned arrogant, titled French family and that of a dangerous, careless and intriguing adventure of modern times. It takes place in contemporary France. It is the tale of a French woman, Antoinette Duchatelle, and her struggle to safeguard the despairing love she feels for a French-Algerian terrorist, Ahmed Kharoubi. It is a heartbreaking tragedy of hope against all odds.

Antoinette, age 32 has an impassive, marble-like beauty that deflects her true sentiments of inadequacy and loneliness. She is married to Claude Duchatelle, a man of driving political aspirations. Claude is fascinated by Anoinette's Parisian chic and sex appeal, but his feelings are otherwise superficial towards her. Selfish and egotistical, he is primarily impressed by Charles-Eustache de Chabagniac, Antoinette's aristocratic and influential father, whom he solely ingratiates to further his career. He and Antoinette have a daughter, Confort, aged 5.

Ahmed, a fiery and impulsive young man in his late twenties, is obsessed with the desire to avenge the betrayal of his fellow Algerians living in France. This is his life's passion and any crime committed to this cause he considers justified. When Antoinette infatuates him, he is horrified at his weakness and ashamed that a woman can confuse his intentions.

Antoinette's cousin, Merveille de Chabagniac, is an eccentric 'would-be' pantomine actress. Jealous of Antoinette, she incites Ahmed to rob Claude's apartment in Paris and steal his invaluable collection of African Art- a plan that backfires and initiates a torrent of disastrous events.

When Ahmed and Antoinette meet they are immediately attracted to one another; an obsession which alters both their lives, if not their innate personalities. One horrifiying episode follows another, yet they remain together, perplexed by their separate feelings, traumatised by their circumstances, yet bound by their love.

The scene shifts from Paris to Antoinette's country house in Normandy, to Burgundy, where Ahmed's friend and collaborator, Faical Benhabbyles, gains entrance into the chateaux and lives off the wealthy disguised as a priest.

In the course of a year, their problems increase in intensity. Antoinette's father disowns her; Confort, Antoinette's beloved daughter, is taken by her husband and subsequently kidnapped by Ahmed for Antoinette's sake; the police hunt for Ahmed and Faical takes refuge in Antoinette's house in Normandy. Antoinette's disturbed cousin Merveille, is killed on the motorway and Faical is shot by Charles-Eustache de Chanagniac. The climax of Ahmed's struggles peak when Ahmed's true identity is discovered for it evolves that he has been living under a ficticious name and is, in reality, the sought-after murderer, Omar Bellili. Ahmed has no alternative but to flee the country. Meanwhile Antoinette gives birth to his son.

The tragedy of the novel is two-fold. Antoinette, blinded by love, refuses to give up hope that there could be a future in their relationship, while Ahmed who has never been involved with anything but his cause, which is one of life and death- if not for humanity at least for himself- has blundered and all his plans, projects, his sentiments for Antoinette have turned out to be catastrophic. The French-Algerians are now frightened by their affiliation with him; his hero and closest friend, Faical, is dead. Crushed by his circumstance, he sees no reason to take caution and returns to France. Typical of his defiance of the law, he enters a museum and steals a priceless pre-Colombian ring to give to Antoinette as a parting token of his love for her. Antoinette, grief-stricken by his decision to finalize their liaison, takes the ring and only realises later that it is stolen property. Subsequently, she hears the news that the military police have broken in to Ahmed's lodgings and that he, in defiance of their intent to arrest him, has died while attempting to escape through a window of his apartment. Then, and only at that point, does she truly comprehend the full significance of their great love; for Ahmed instilled in her a reason to grow, a reason to live, a reason to love. He gave her faith in herself. He gave her a son. But above all she finally understands that Ahmed's greatest gifts to her had not been stolen, but had been provided from the heart.

Karine McCall, a fourth generation Californian and member of a talented family, was raised in an atmosphere of artistic achievement.

At the age of seventeen, Karine pursued a career in the theatre and performed on the New York stage; while at the same time she continued to study music.

At twenty-two she married a Venetian. This experience was to become the future setting of her first novel, Stones in Heaven. She has moved to England where she has written Heritage and the forthcoming novel, Devil's Paradise. Her fascination for music has recently challenged her to write Dianora and the Countertenor.

Karine has two daughters and the memory of her beloved son. She lives in London and Venice.