Rulers of the Darkness 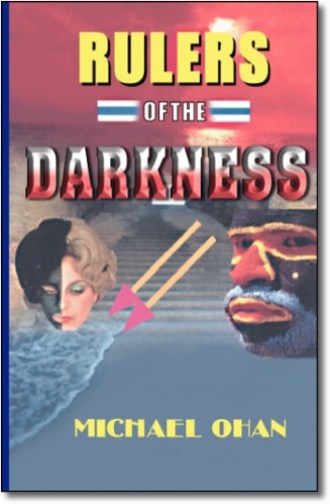 In a typical African kingdom, the king is almost elevated to the status of a demi-god. He is so feared, so respected, and so honoured. Yet most kings in Africa are dictatorial, extortionistic and, inevitably, ocultic.

King Okolo Ojie, the second, of Ifeku-omon kingdom has all these attributes. In addition, he heads the cult of Witches and Wizards in his kingdom. Collectively or individually they cause mysterious deaths, accidents, barrenness, crop-failures, madness, etc., and the blames are heaped on society's deities and ancestors.

No one dares to oppose the king's misrule. Your days will be numbered if you do. However, fearless and courageous Omunsun Adodo soon becomes a thorn in the flesh of the king and his ruling caste. Consequently, Omunson finds himself manipulated into prison for a crime he did not commit.

Michael Ohan was born in 1962, in the little and serene village of Okede in Ewohimi, one of the chiefdoms in the Great Benin Kingdom, in Nigeria. He attended the then Salvation Army Primary School, Okede, from 1969 to 1975 and then proceeded to Pilgrim Baptist Grammar School, Ewohimi, in 1975 for his secondary education. He graduated in 1980 and had a stinct as a primary school teacher, between 1980 and 1981.

Since leaving the University, he has been in business overseeing Asodue Nigeria Limited and Mctopp Computer College, both in Nigeria. He is also involved in humanitarian activities, being a member and immediate past Projects Director of African Gerontological Society (AGES), Nigeria Chapter. He was a delegate from Africa to the United Nations Second World Assembly on Ageing held in Madrid between the 8th and 12th of April, 2002.

Rulers Of The Darkness is his first published novel. He currently lives in Spain where he is working on his second novel: The Return Of The Negro.