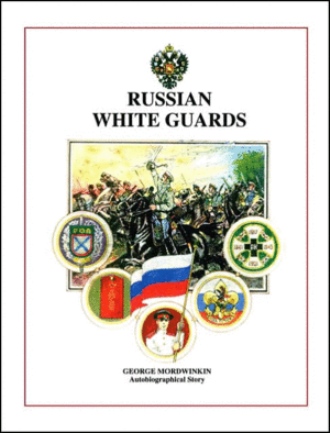 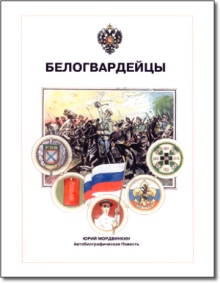 This book is the biography of the Mordwinkin family. Father, Boris was an officer in the white army in 1944. George joined the Russian Liberation Army, the division of which rebelled against the German army and liberated the Czech capital, Prague before the arrival of Soviet troops.

George Mordwinkin is the President of SENSOR CORPORATION, designer and manufacturer of industrial sensing and process control systems.

The book, "Russian White Guards", is the biography of the Mordwinkin Family. Father Boris was an officer in White Army during Russian Revolution. George was born in Serbia, where he attended Russian Cadet School.

In 1944, George joined the Russian Liberation Army, and in April 1945, graduated from Guerilla Warfare School. The Russian Liberation Army rebelled against the Germans and attacked German SS units in Prague, who were trying to suppress an uprising by the Czechs during the first week of May 1945 and liberated Prague from the Germans before the arrival of the Soviet troops.

General Patton, foreseeing the oncoming conflict with the Soviet Union, wanted to save the Russian Liberation Army and asked President Truman. Truman refused and, as a result, all Russian military units were forcibly repatriated to Siberia, including George's grandfather, who was a Russian Orthodox priest of a Cossack unit. He died in the concentration camp in 1946.

After the war George Mordwinkin studied Chemical Engineering at Graz University in Austria.

In 1948 his whole family immigrated to Chile, where he studied and worked as an electrical engineer. First during installation of a large steel plant, wiring substations and motor rooms, including a Blooming Mill and Blast Furnace loading system. Later he worked at a Coal Mine in charge of a surface electrical system department.

In 1958, he immigrated to the United States and graduated as an Electronic Engineer attending the University of Hartford. In 1964, he started SENSOR CORPORATION.

In 1991, George was invited to lecture at the Power Engineering Institute in Moscow about his inventions in the field of Eddy-Current Instrumentation and Induction Heat-treating Process Control.

Between 1991 and 1998, George visited Russia 17 times and is involved in assisting American and Russian companies. He is also participating in the restoration of Russian Cadet Schools in Russia.