The Words that Changed the World 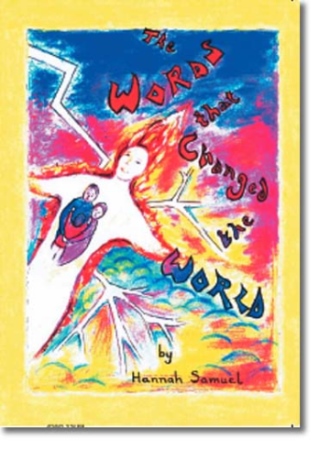 Ever wondered what our planet would be like with no manners? This book tells the story of three words: Please, Thank you, and Sorry, who are forced to leave Dictionary because they've fallen into disuse. In a last-ditch attempt to persuade people to use them again -- and thereby to save themselves from death -- they enter the real world of mankind as tiny holograms in human form.

However, no sooner have they arrived here, than they encounter the Heart Angel, who has a shocking mesage for them. It's then that they discover the threat to man's survival, and their own true purpose in this world. but the question is -- do they have what it takes to achieve it?

The book takes these characters through life-threatening adventures as they seek to help human beings in general, and three needy individuals in particular. And just when they think they've succeeded in their tasks, they're brought face to face with the daunting truth --

...which is, that only now can their REAL mission begin...

This book is packed with action, humour, suspense and drama -- and though written in the first place for children, it contains enough serious thinking material for readers of all ages.

Do YOU really think the words "please", "thank you" and "sorry" are a waste of time? Then we challenge you to read The Words that Changed the World -- and think again...

I was born and raised in London, England, where I studied French and Spanish at university. I then embarked on an unusually varied career - including translation, the Civil Service, social work, and even a short stint as a volunteer in a hospital! However, none of these things really prepared me for what was to come. In the summer of 1982 I left the U.K. for a period of nearly 17 years in Israel. And here was where I was able to observe at first hand what happens to people of all nationalities, when the use of manners becomes simply an annoying waste of time.

This attitude was very prevalent amongst the secular children and youth - as perhaps might be expected in our present age. But more shocking by far was that I saw it often in religious families too - including those from Anglo-Saxon countries which had once boasted a strong Christian heritage! It was then that a picture projected itself forcefully in my mind's eye. And in this picture I saw the children of such families growing up with contempt for their parents, and the same mercenary attitude to life as their peers. But don't all the main religions teach respect and considerati on?

Then how in the world could this be??

I believe the answer is this: when we drop please, thank you and sorry from our vocabulary, we change the way we see the world. Instead of acknowledging and respecting other people, we see ourselves as the centre of everything, and others as mere instruments for our service. And the fact is, however strictly we educate our children concerning religion and faith, in the end it's how we RELATE to them that has the greatest effect...

Dear friends, today's society is in grave danger. In this age of disappearing manners -- in this multitude of conflicting wills -- who will survive?

One thing seems sure. Without true godly values,

IT WON'T BE OUR CHILDREN.