A History of the Village of Marcellus 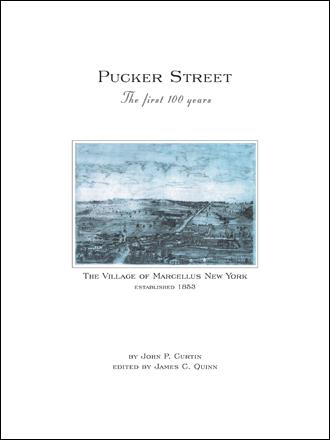 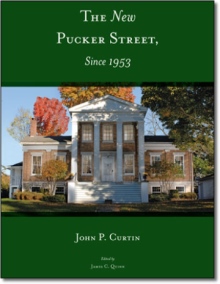 Marcellus, like most communities, developed at at the crossroads of two major transportation routes in Central New York State - Nine Mile Creek and Seneca Turnpike.

While abundant water and good soil in the area were significant attractions for settlers in the late 1790s, the water power provided by Nine Mile Creek, an outlet of Otisco Lake, was equally important, attracting a variety of individuals who build a diversity of mills (grist, saw, barley and woolen) on its banks.The products of these mills attracted even more individuals to the valley to work in the mills themselves, as well as providing other services for neighboring farmers.

Following an old Indian trail, a primitive road had been opened across Onondaga County in the early 1790s and the first settlers came to Marcellus either on foot or horseback, following that old trail. Seneca Turnpike was an outgrowth of what came to be known as the Great Indian Trail, that stretched across the state and became a major highway for people moving from New England and the settled east to what was then the western frontier. The settlement that came to be the Village of Marcellus was located where this highway of east-west travel intersected Nine Mile Creek.

During the first fifty years of its existence, the community continued to attract people and industries at a steady pace. As these numbers increased, more people tended to concentrate in the valley that would become the Village, living closer and closer together, in contrast to their rural neighbors. The inhabitants soon began to realize the need for some sort of organization and it was out of this urgency that the Village was incorporated in 1853.

During the years up to 1953, the Village of Marcellus changed and yet, it remained the same. In 1853, nestled at the bottom of a valley and surrounded by limestone hills, the sleepy hamlet was a trading center for local farmers and a crossroads for itinerant travelers on their way west. By 1953, it was still a center of the local farm trade, but also a home for hundreds who worked in the manufacturing of agriculture-related products. Its economy had changed, but not dramatically.

What had once been a small homogeneous village of about 350 people, similar to each other in background and customs, had become a diverse community of almost 1,400 residents from many different lifestyles. The community was much larger, but the people were still one, now out of many.

When it became a Village in 1853, a major concern for the elected Trustees was the animals that roamed the dirt streets that often turned to mud. By 1953, their main concern was the automobiles that clogged the macadamized streets that needed constant repair. Village government had become more complex, yet the problems remained quite similar in nature.

In the years that followed incorporation, the residents found it necessary to adapt to many changes in the Village. Many times this took the form of a reworking, a revision, or a modification - usually an improvement on what had been.

Educated at Niagara University and the State University of New York, John P. Curtin spent 35 years teaching history in the Syracuse City School District and is presently employed by LeMoyne College in Syracuse, NY as a field supervisor of student teachers. Since 1995, he has been a member of the Marcellus Village Board of Trustees. He is also a trustee of the Marcellus Historical Society and a member of the Town of Marcellus Republican Committee. He and his wife Maureen have lived in their house on First Street in the Village of Marcellus for over 30 years, where they raised their children to adulthood. As the parents of four grown children and the grandparents of six, they enjoy spending much time with them and their families. They also have a strong interest in family histories, many of which, including their own, span the history of the Village of Marcellus.