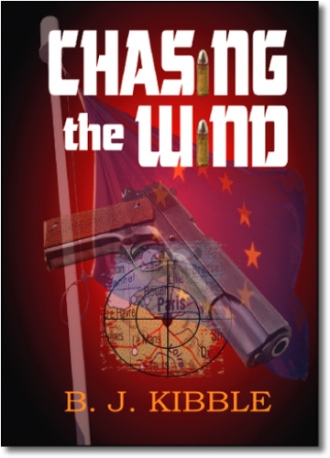 In 1984 terrorists planted a bomb in the Grand Hotel Brighton, England during the Conservative Party Conference. They failed to remove the government of the day -- but what if they had succeeded?

What if the event accelerated Europe into a Federated Union with a centralised government in Brussels, the Presidium, who hold the premise that security is paramount, sacrosanct?

What if they in turn birthed a regime originally meant to protect the people, but which quickly became a tyrannical organisation -- the Federal Security Division. A force that implements draconian measures in the name of the collective State, where special internment camps spring up for subversives and those who speak out against the Union; where oppression and cold-bloodied murder are rife.

In the summer of 1994, one man is embroiled in the political nightmare, yet at the same time he is faced with the possibility of redemption from a millstone of guilt about his past -- that is, of course, if he can survive.

B.J. Kibble's short stories have been published by Emporium Gazette in the March Issue: (http://www.EmporiumGazette.com)
and in StoryOne e-zine for showing issue June/July 2003 (http://www.storyone.org)

From a family background steeped in law enforcement and military history, Barrie Kibble followed the tradition and served as a British soldier and police officer. During the course of his duty, he survived three near death experiences; the last occasion was prior to leaving the Police Force, when he walked unscathed from a devastating IRA bomb. Joining the business sector, he became a marketing manager for a well-known computer firm and then a buyer for American, Swiss and British companies. He now runs his own property maintenance business and lives in East Sussex, England. His ruling passion has always been for the written word and of sharing that zeal with those who love to be gripped by a damn good story.