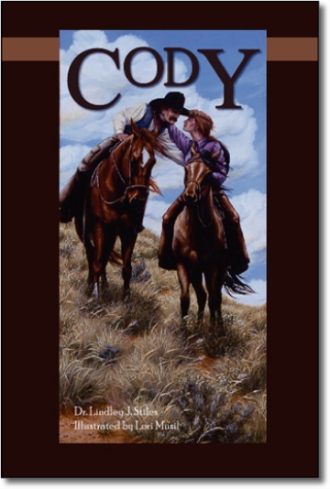 From ages 17 to 33, Cody Carpenter tries to make a place for his Christian upbringing in the cowboy culture of Texas and New Mexico. With his father's advice to never carry a gun and to read his Bible for help, and his memories of his stern mother's having washed out his mouth with lye soap every time he used a "bad" word such as "heck", he was totally unprepared for the cowboy culture of cussing, gambling, gun fighting, and sex purchasing that existed in Texas and New Mexico at the turn of the 20th Century. The Carpenter Credo, "Work for yourself, never for another: to hire out is but one step above slavery, and the discovery that women were not interested in marrying cowboys, goaded him to try to find ways of becoming a cattle rancher, his own boss with his own herd of registered Hereford cattle. To do so, he had to have help. It came from the C. W. Post, of Post Toasties ad Post City fame. But he had to refuse Post's offer to support his study to be anything he wanted to be: doctor, lawyer, or manager as long as he would find his life's work in the Post Enterprises.

Cody's skill in gentling horses contrasted with the cowboy traditions of "breaking" them, setting him apart from the cowboy crew that followed trail drives from Texas to St. Louis and Kansas City. Only the chance to train to be a ramrod saved him from the unbearable ridicule of his trail mates. How he survived to follow his dream is the basis for action, excitement, sadness and laughter that readers will find in this work by a noted poet, author, educator and public speaker who has been named as a Living Legend by the International Biographical Centre in Cambridge, England.

Dr. Lindley J. Stiles, Hall of Fame Educator, Author, Poet and Lecturer, was born on a cattle ranch near where Tatum, New Mexico now stands. His world class professional career was anchored in his boyhood experiences with real cowboys and Indians on his father's ranches on the Caprock, near Grants and Pueblo Bonito and on the West Gallegos. He graduated from Farmington, NM High School which elected him as one of the first members of its Academic Hall of Fame. Fort Lewis College named him as one of three Alumni of the Century. The University of Colorado awarded him three degrees: AB, MA, and his Ed. D., and gave him its coveted University Medal.

Dr. Stiles has recorded his memoirs in I Never Rode Alone: My Boyhood on a New Mexico Cattle Ranch. He co-authored Half a Man with Simmie Plummer, who has designed all his Western books. his very popular book Eagle Song will soon be in its second edition. His professional autobiography was written to accompany the "Stiles Career Shelf" in the archives of the Deering Library of Northwestern University from which he is Professor Emeritus. Classroom Cowboy: Out to Pasture is an addendum which deals with his on-going career activities. All contain various episodes of his early cattle ranching experiences which sparked his pioneering spirit as a professional educator, noted poet and popular public speaker.

The author says he is noted worldwide for his creation of the social wisdom, "The Best Should Teach." For this proposal which has been called the best since Democracy was adopted by the Greeks four hundred years before the Christian Era, the International Biographical Center named him a "Living Legend." The American Biographical Institute called him "One of the Greatest Minds of the 21st Century." More about Dr. Stiles can be found at the following websites.

The Best Should Teach

Lori Musil, a native of Tuscon, Arizona and currently resides in Los Cerrillos, New Mexico. Her artwork in its fine detail testifies to her love of horses and other animals. Lori's work encompasses a wide range of artistic media and has been shown and sold throughout the world. This is the third of Dr. Stiles' Western books she has illustrated, making them artistic keepsakes as well as readings of merit.